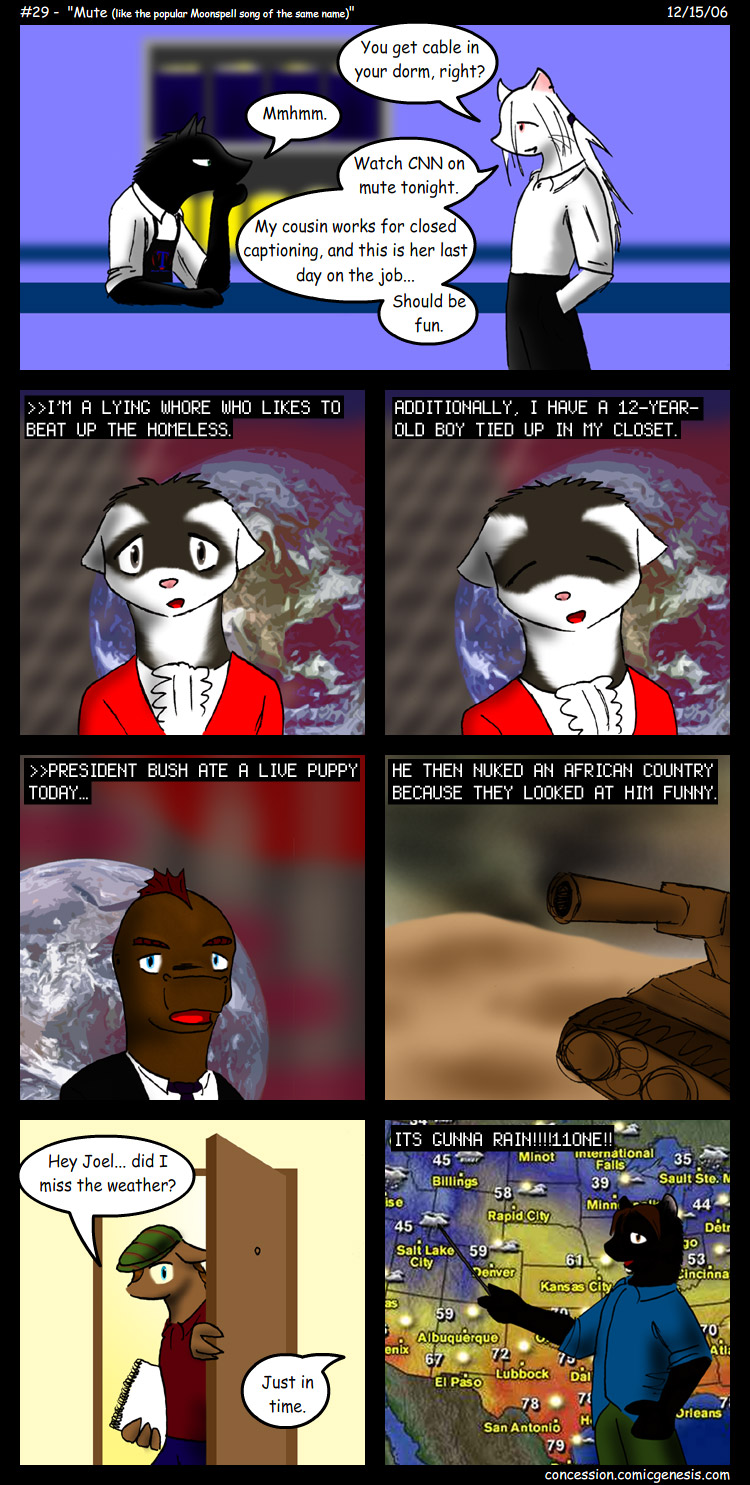 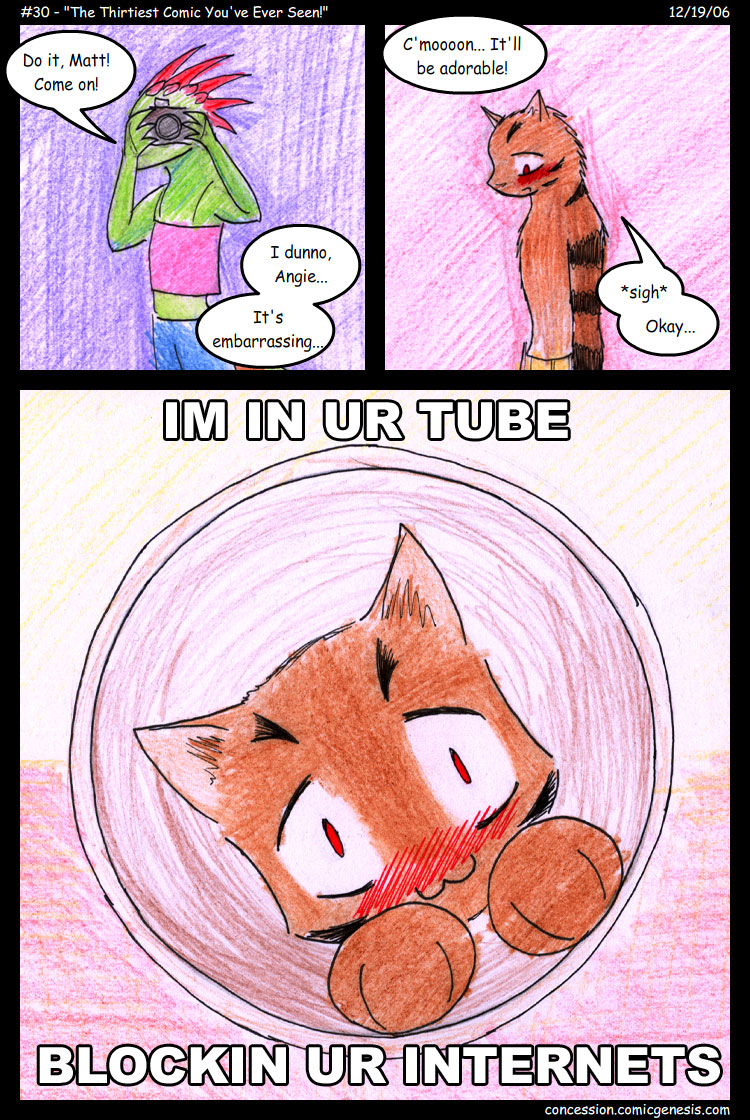 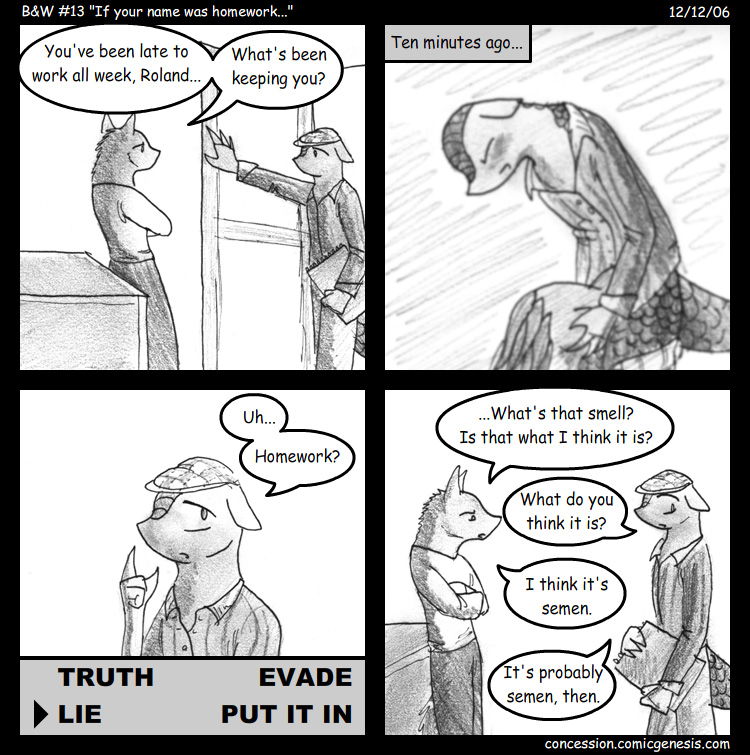 This is another idea I had during FurFright. I didn't actually finish this comic until about 11ish hours before it went up because, like the loser I am, I wanted the weather map be as current as possible. My tank looks like crap, but whatever.

Married, and a mother of two, June recently cheated on her husband with Sarah, a young female mouse (cousin of a certain someone). She is really not the cheating type, but was very mad at her husband and decided to act restlessly - at the sacrifice of Sarah's heart.
Although Sarah's accusations of June's pedophilia are false (and were never thought to be true at all), the investigation that follows shortly thereafter will result in the discovery of a long, cannibalistic past.

Jack is a well-respected reporter, and is in fact the first lizard to ever hold a job on a national news program.
His life before his job has been rather tame, although he was known, in middle school, as "that guy who shot the principle." On this, he has refused to comment.

Max has only been in this job for three weeks, and has already received more fan mail than... Well, most newscasters don't receive much fain mail, so that's not really a fair comparison. Known as the "Sunshine Bear" for his practice of being optimistic about any and every possible weather condition, he's soon to be a frequent guest to schools and other, uh... events.
After this broadcast, he plans to do a line of coke and have at it with at least three girls. At least three girls.