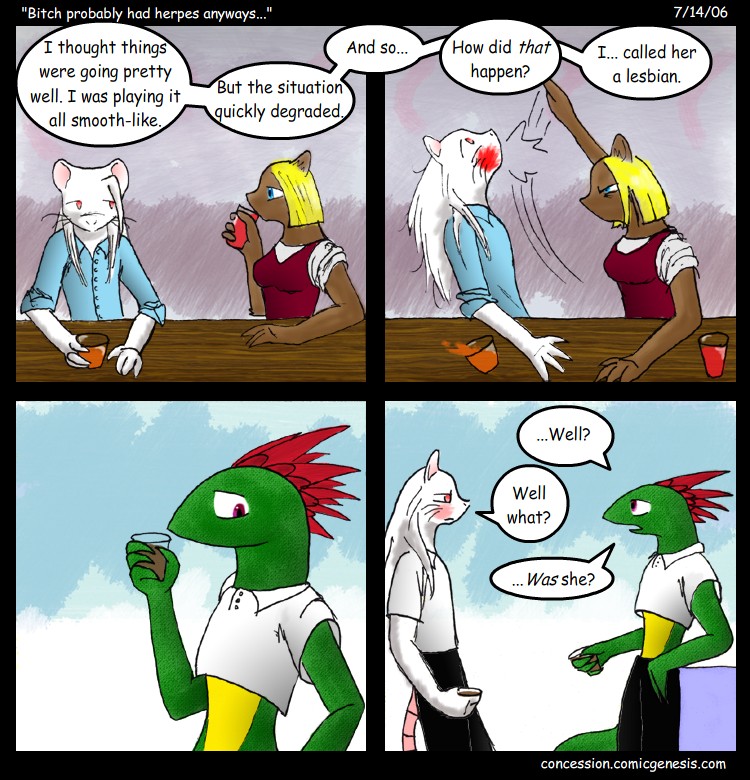 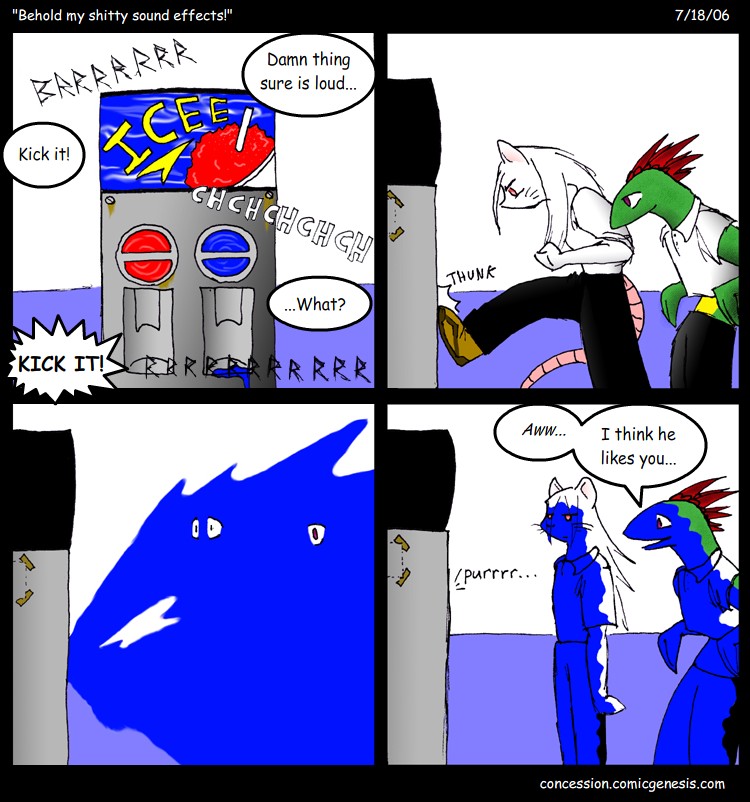 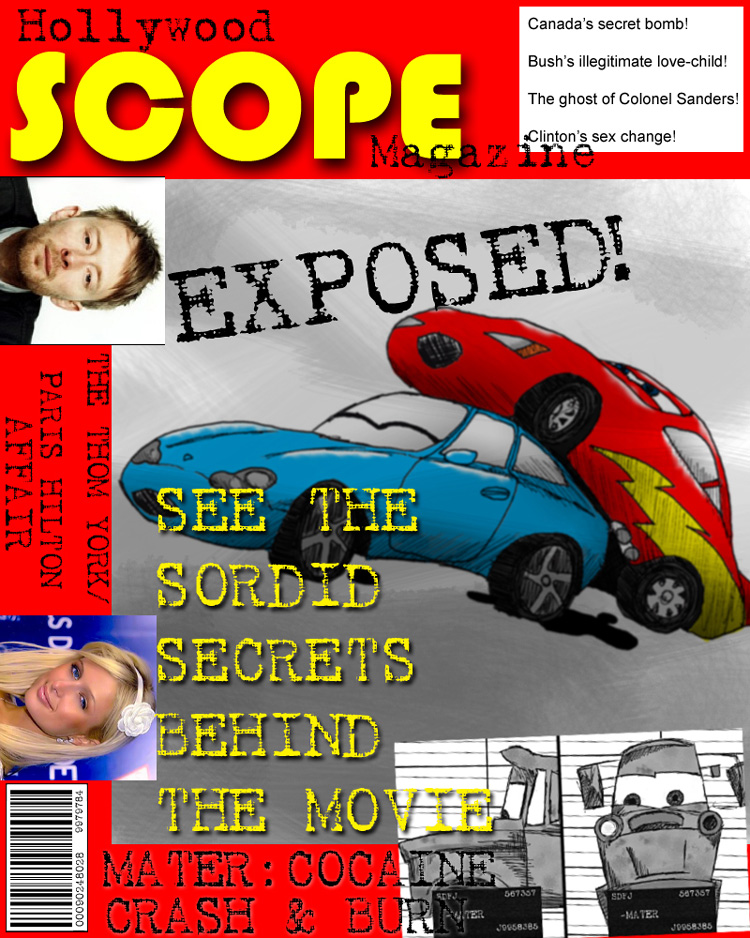 Today's comic fought me at nearly every level. Thus, you may notice it sucks.
After having struggled with the layout (including a full inking of two entire cells that I then decided weren't worthy) for a solid three hours, you can imagine my dismay to discover that my sister had accidentally spilled water on it. From outside the house. No one's quite sure how.
I recovered, thanks to the magic of Photoshop, but I couldn't save the entire comic from being simply awkward and malformed.

Today's comic was actually based on an idea by my brother, with his permission of course.

Look out for an extra update this coming Tuesday. This is because the next comic was actually drawn a week or two ago and is pretty dated looking - but I still wanna post it anyways.

A medical student, Jenny is last survivor of triplets, having killed her sisters in what was legally declared a "boating accident". Said to secretly be a member of the American Nazi Party, she is known to her classmates for her quick wit and proficiency with a scalpel. She also might be pregnant at the time of this comic, no one's sure.