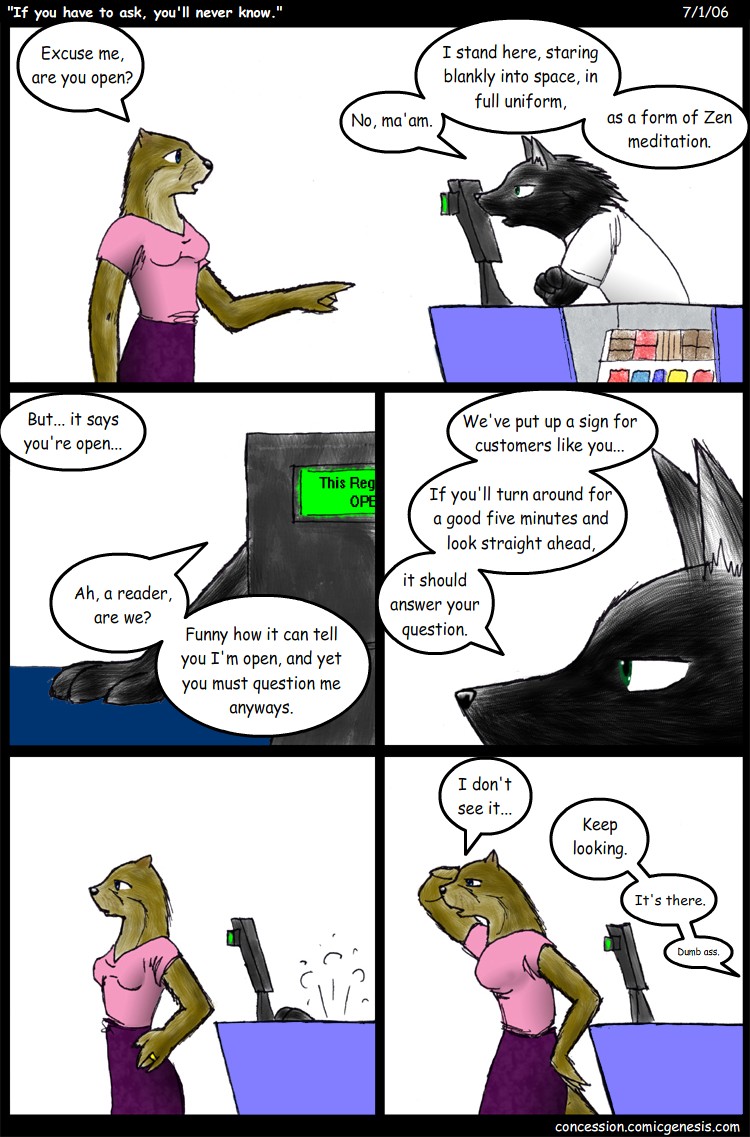 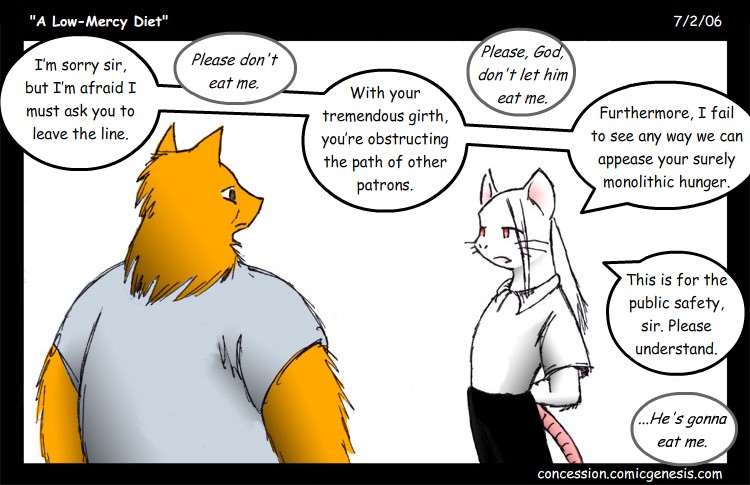 This is the first comic, so it's hard to say how much of a news post one could make about it...

Elen, mother of two, works in lower management at a growing software company. She also volunteers at the local YMCA, but due to a recent rumor of child abduction, she hasn't been there for a number of weeks. No evidence will ever convict her, but that doesn't really prove or disprove anything.