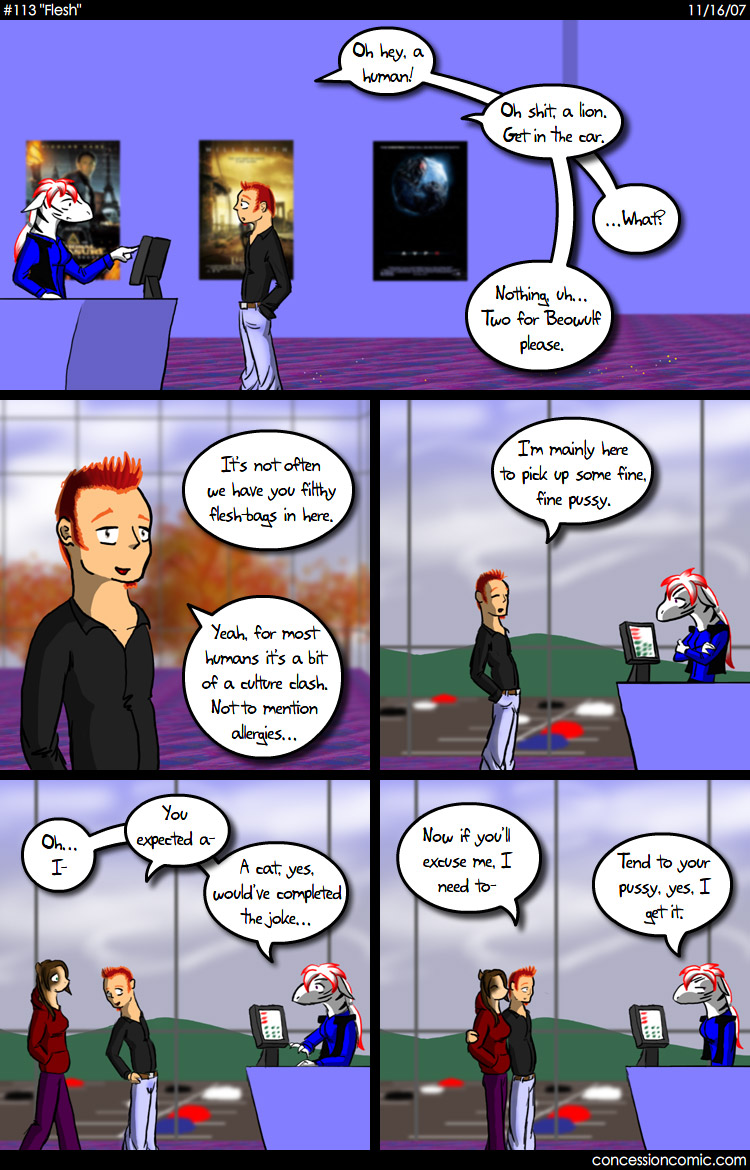 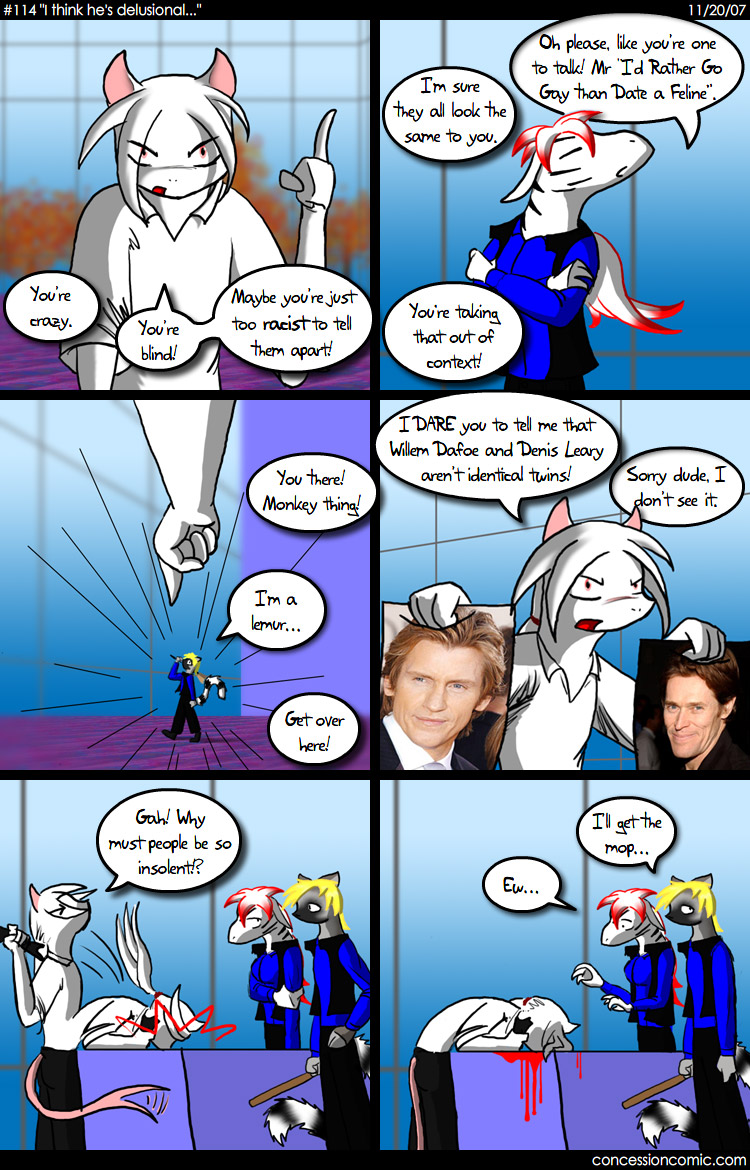 I forgot to tell you last week that there's new fan art for you to look at. Check it out.

Next week, I will probably be replacing Lexy's ad with a box for Project Wonderful. So, if you've got something to advertise, do look out for it.

Susan is a pretty quiet girl who likes to cook, watch violent movies, play tennis, and is recovering from a rather serious cocaine addiction.

Jake and his family have always been friends with furries, and he grew up in a town populated by an even blend of humans and furries. In high school he was a member of the Furry-Human Alliance, though he was a rather casual member. There, he met Susan, and the two dated for about a year before Jake moved out of town. Some years later they met again at a Rolling Stones concert, traded numbers, and have been back together ever since.