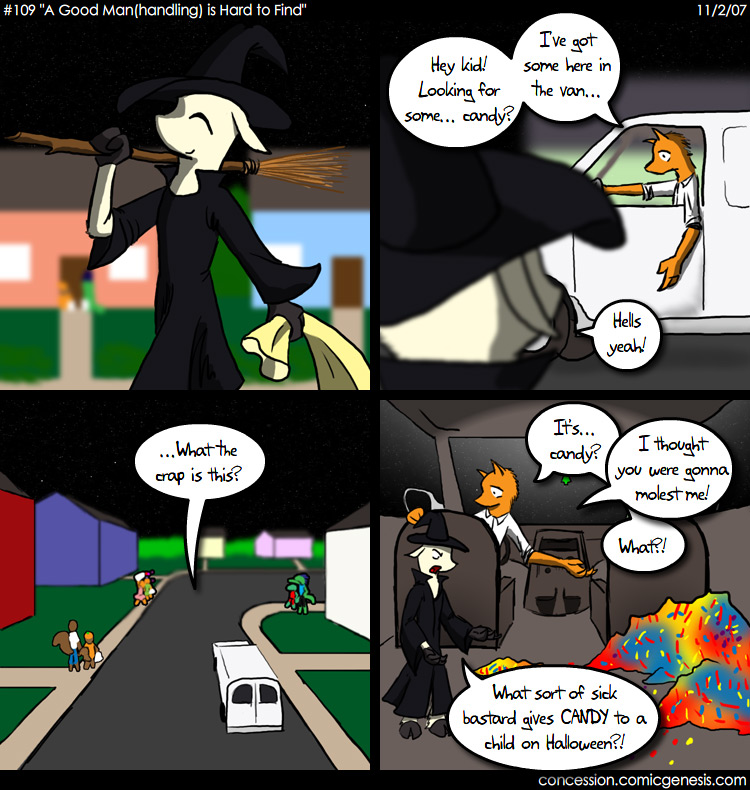 Thanks to Sphix for help on the title(s). They're not great, but they're better than nothing.
Happy Halloween! Not as many characters as last year, but let's see if you can guess everyone's costumes! Highlight below to see the answers.

Angie - Cleopatra, based loosely on paintings by Gyula Benczķr and Jean-Lťon GťrŰme.
Dave - Bowser, based mainly on the version from Paper Mario.
Matt - a knight, inspired by the booklet rendition of Maxim from Lufia II, although I doubt Matt has ever played it.
Joel - LeLouch, from Code Geass.
Rick - The Riddler (too bad he only appears for one panel).