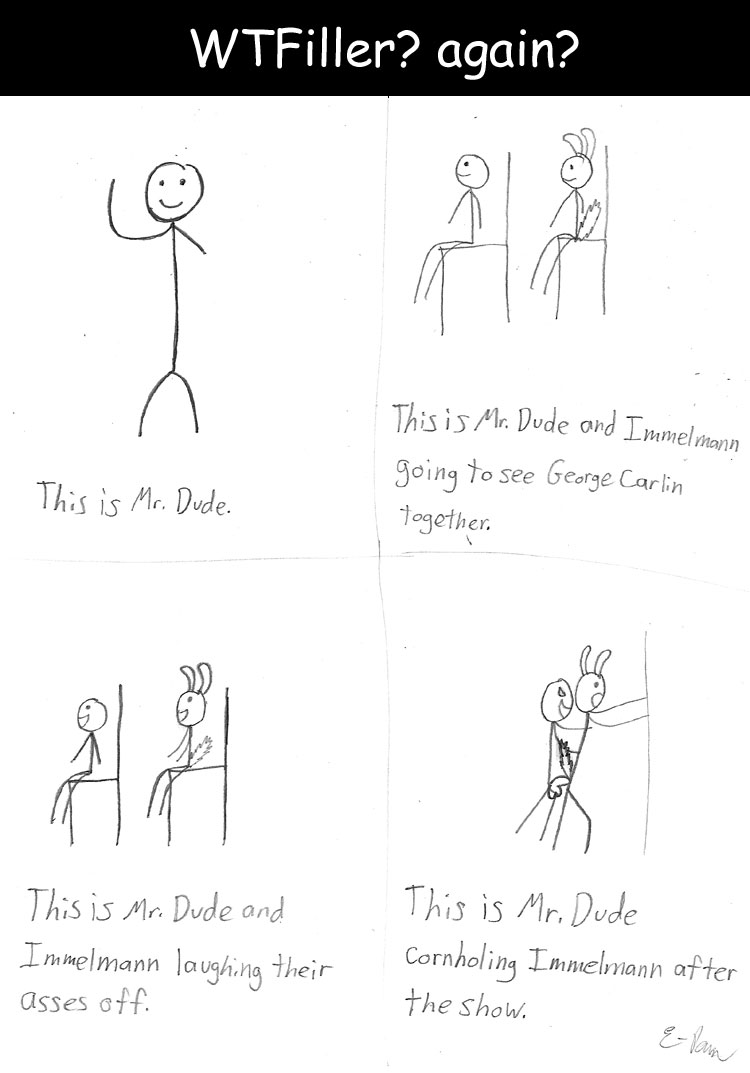 In case you missed it last week, the results of that big furry servey have come back. Personally, I think the most disturbing thing about this survey was how many stereotypes it confirmed, namely that most furries are gay/bi when guys. It is refreshing to see that only 16% of furries actually fursuit. I have nothing against fursuiters, but they make things look strange for outside viewers of the fandom, that's all.

In local news, I have fan arts! This time, it's by the guy who does Skewed Reality. Check out their comic, then check out their super-awesome fan art of Joel.

Will is one hell of a guy.

That's what his friends keep saying, anyways. With his life, Willy has not done anything substantially fascinating or exciting. He has only travelled outside his home state once in his life (while chasing a female gazelle; the sex was fantastic); he was a mediocre student all through school; his job focuses mainly on importing mother boards for Dell PCs (but not exporting - he'll DIE before he exports, dammit!)

Still, his friends say, he's one hell of a guy. While they were all advancing their careers in rocket science/forensics/male escort service and having adventures across the globe (fighting a variety of super villians, most of them food-themed), Willy stayed home and generally didn't do anything of particular interest.

Yup. "One hell of a guy," they'll say at his funeral. "Didn't do much wit his life, but he sure was a bleeder."

In his next life, he'll be re-incarnated as a lesbian dolphin. Ah, to have such luck...