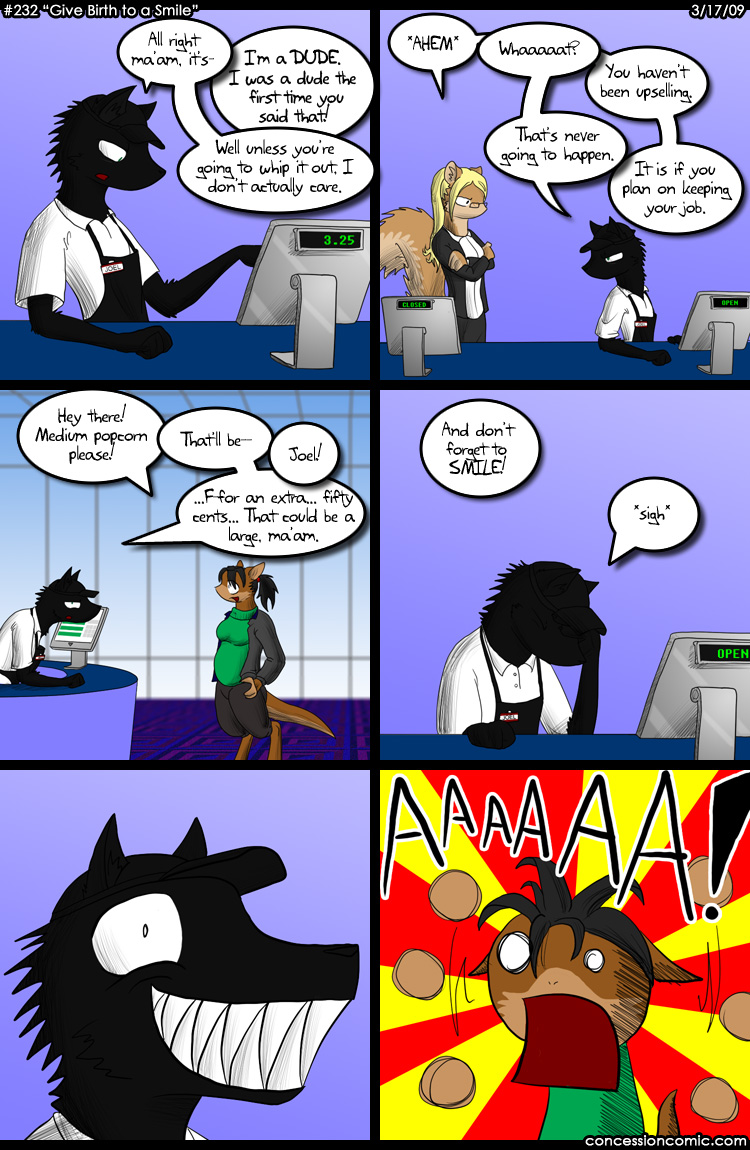 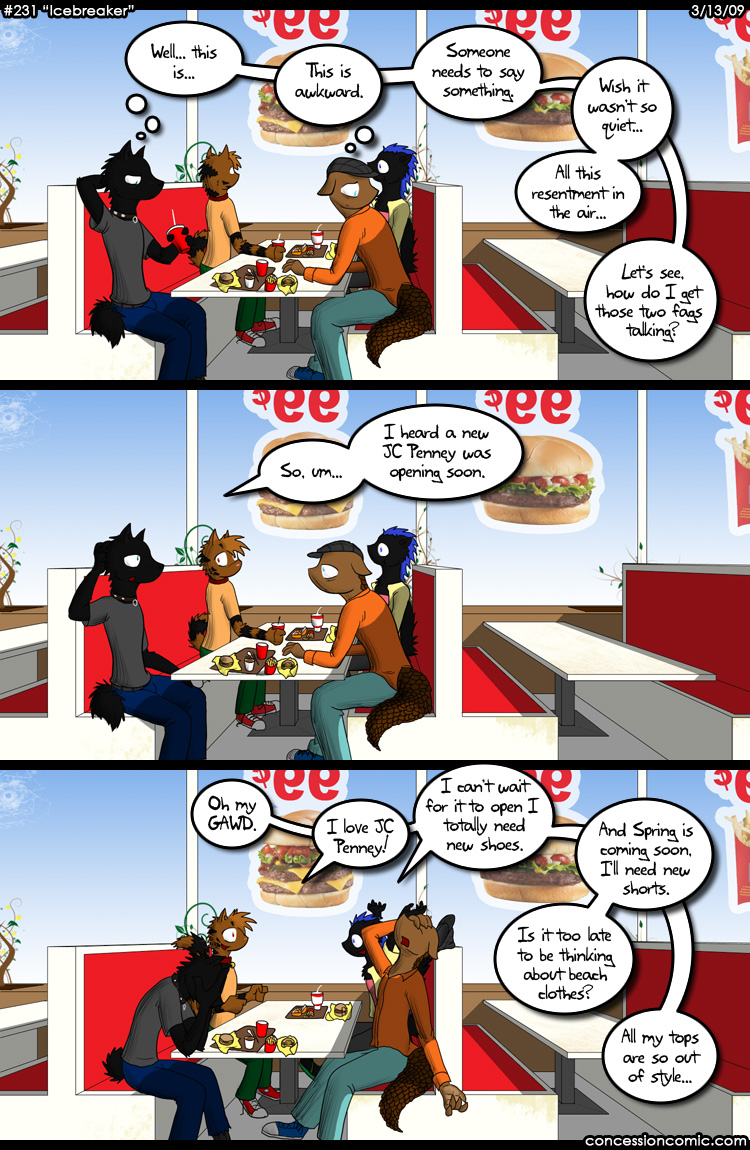 ....Eh. I don't think I made his face creepy enough. I hope this all makes sense to you people. "Upselling" is where you suggest to the customer that they upgrade their purchase to the larger size. Where I worked, it was usually only done with drinks, seeing as it was only an extra quarter. It's a very annoying thing to have to do, made worse by the fact that it was usually effective.

And why was it effective, children? Because customers never think.

Margaret has actually worked at a movie theatre before, a few towns over. Surprisingly, it has not given her the absolute and questionless discust of theatre food that most employees gain.

Of course, she only worked there for a month before getting fired for prostituting to the customers. She wasn't serious, she was just having fun! And if that gets her some money on the side, what's the problem?