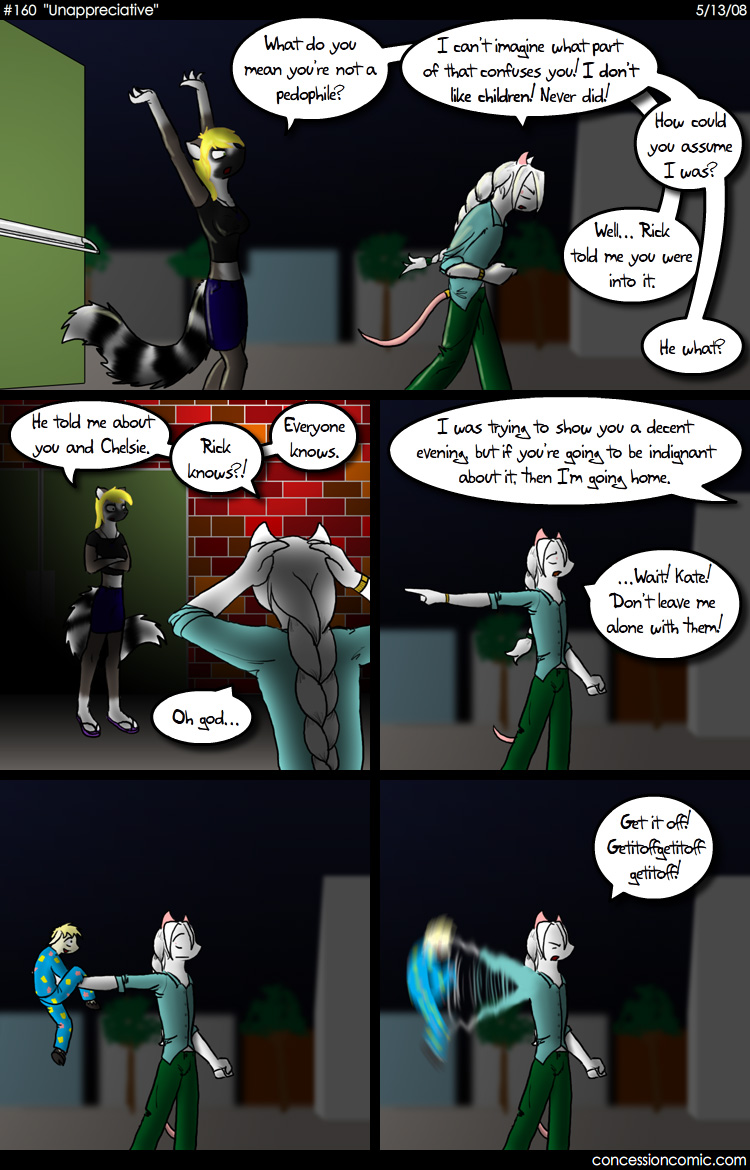 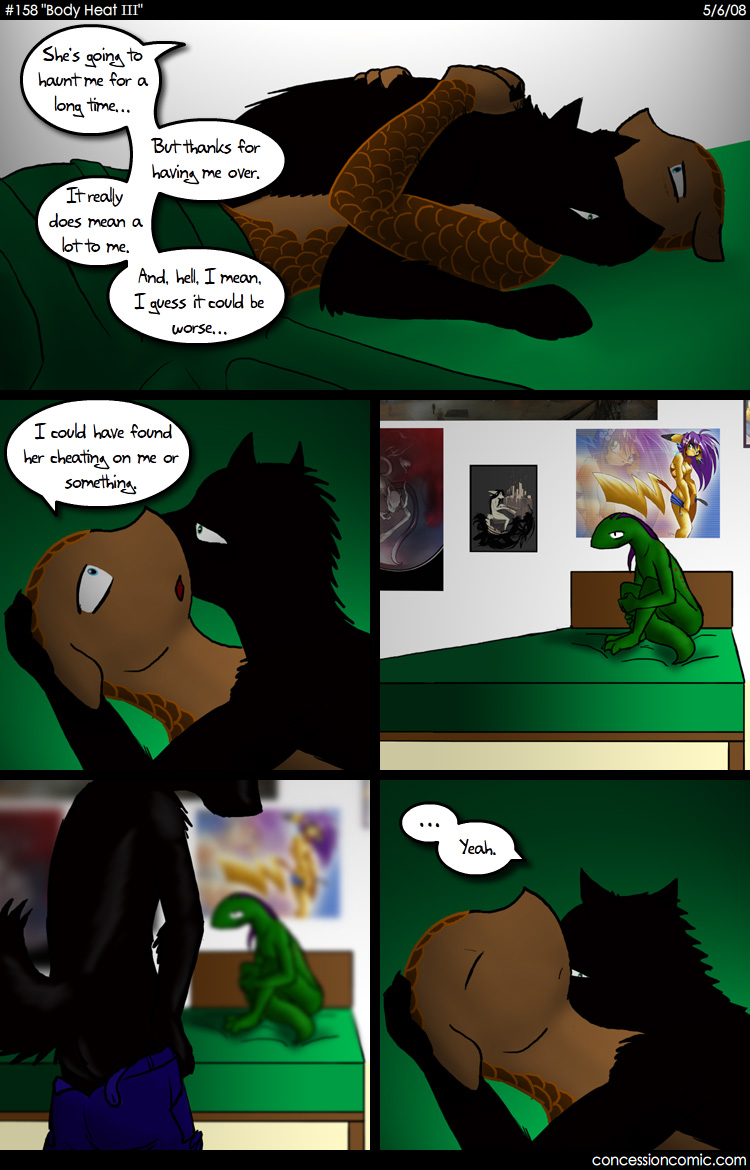 I'll write some silly little bios for the random characters tomorrow. Can't tonight; I've got myxomatosis.
Apparently Nambla doesn't even meet anymore. Disappointing for comedians, but a good sign for humanity as a whole.

NAMBLA is a real association in the real world, but it differs slightly in the comic. In the real world, the organization does not appear to be active any more, but obviously this is not the case in the Concession world. They still meet, still anonymously petition the government to push forward their agenda. To help membership, the have allowed women to join, as rare as they may be.

Appearing earlier is a non-pedophile Cynthia, a female, straight mongoose. She used to work under Joel's mom in the mayor's office, but got fired for what appeared to be an argument with the mayor about fishing. She's a regular at the local Church of the Shepard, and though she wishes she hadn't gotten fired, she views the free time as a blessing, and a chance to participate more with her church.