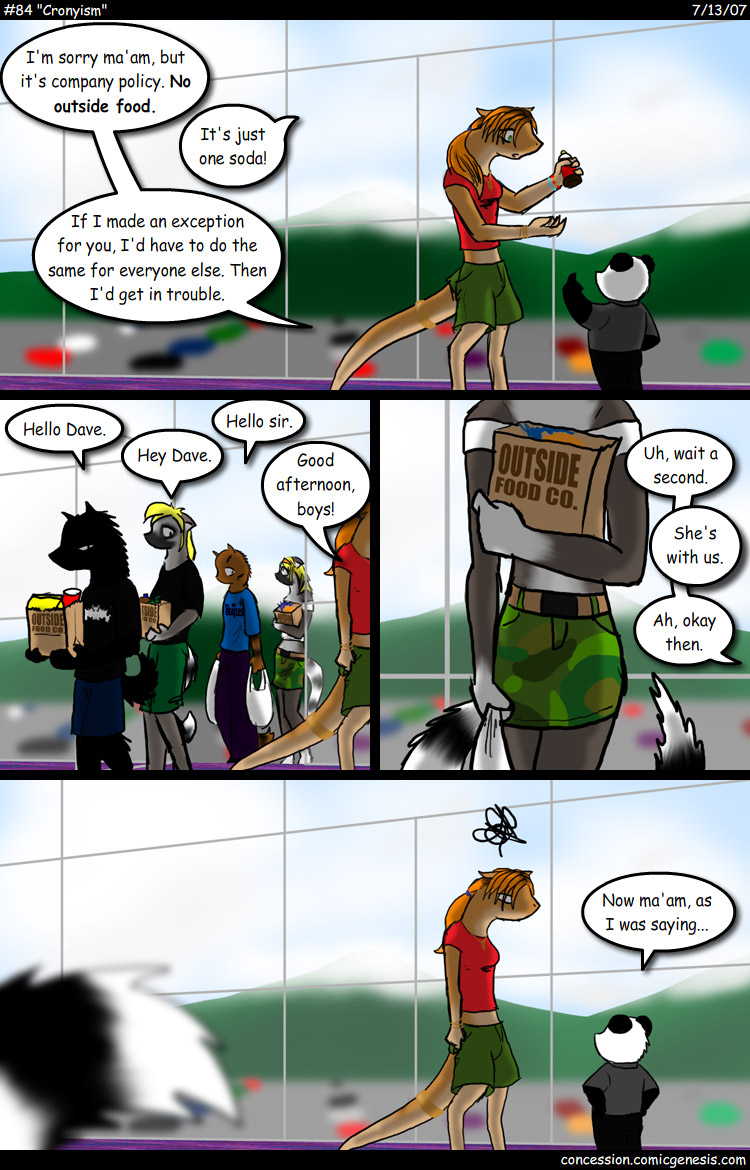 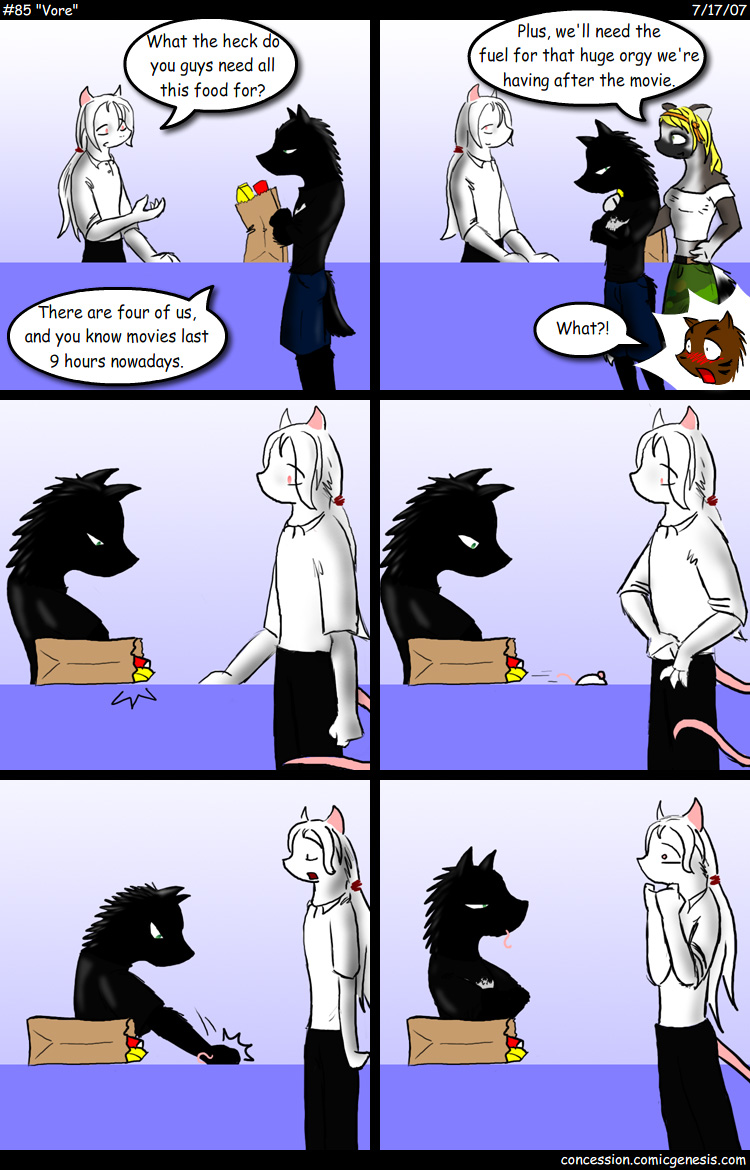 Three friggin pieces, all by the dude who draws Furthia High. Sweet.

Ven is a somewhat militaristic supporter of her Neo-Egyptian faith, which, by nature, is a somewhat war-like religion. Ven is educated in various forms of martial arts and owns several high-power guns, some of which may or may not be illegal to own.

When not trying to subtly up heave the government and dismantle what she sees as a male-dominated hierarchy, Ven likes to tend to her flower garden and play the flute.