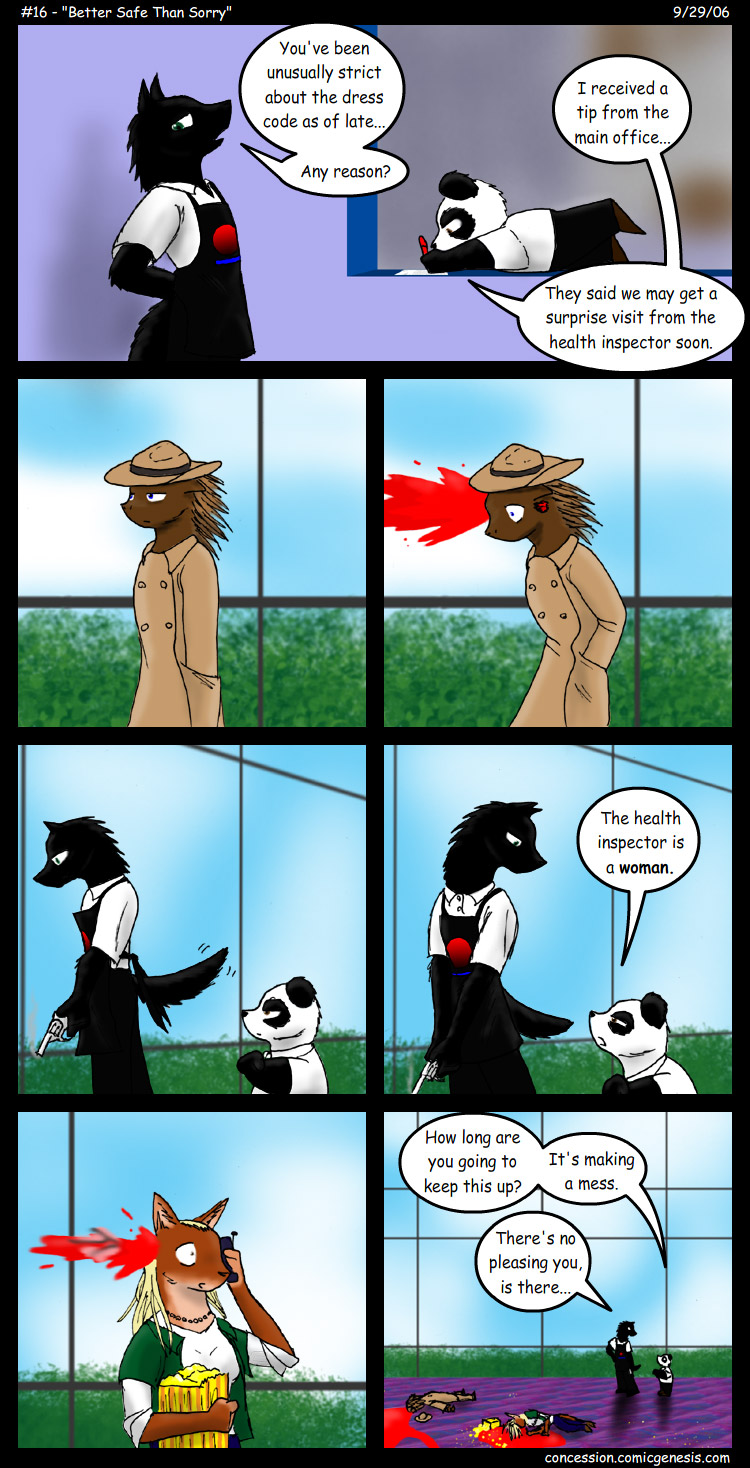 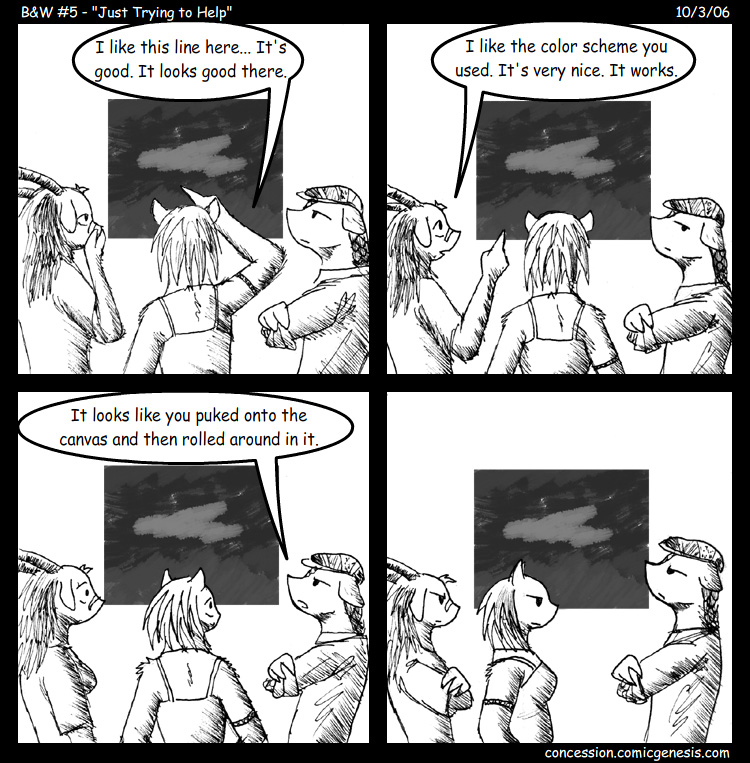 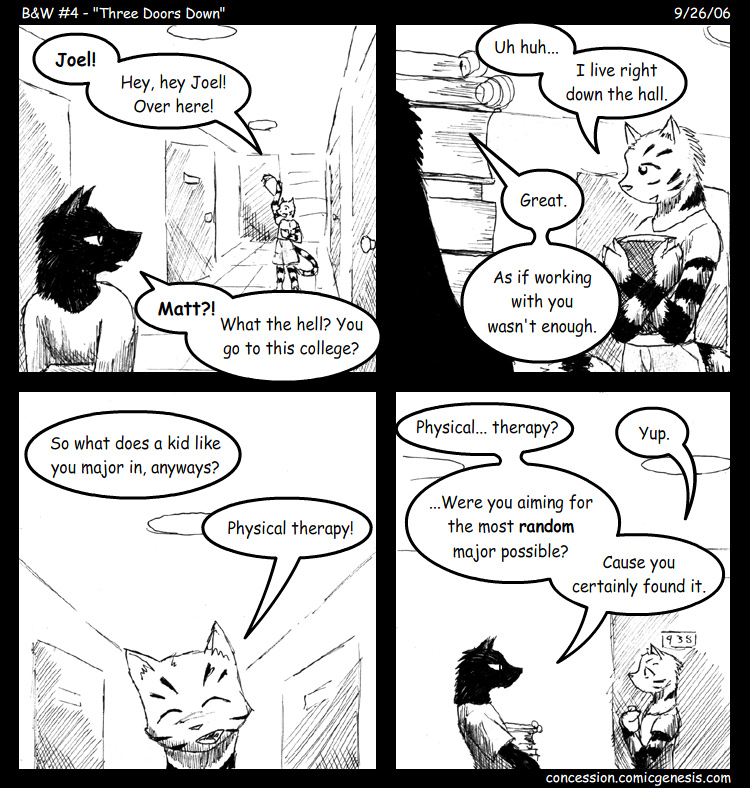 LOL THIS IS A NEWSPOST.

Still working on things for the shop, which will be opened with a few weeks. I'm also working on a forum - I have one working, but it's just a matter of making it presentable.

I hope to open all these pretty things at the same time, along with the other things I need, like an F.A.Q, wallpapers, and such. I'm going all out for what is at this time only 50 hits per day... You'd better appreciate it. Jerks.

He was a banker, though. And a necrophiliac. But mainly a banker. His semi-incognito outfit is due to his having to hide from his brother who, in affirmation of Charles’s paranoia, is in fact inside the building. Tony, his brother (another gay porcupine), had vowed to kill Charles if he ever saw him again. Charles was unsure, but this may be due to the fact that he killed Tony's lover in a freak box-cutter accident.

Jane was not a health inspector either, but she was a certified pre-owned Honda dealer.

She led a rather normal life - one child in middle school and a husband she had met online. Her favorite color was green, and she preferred things done doggie-style.

Her last words were something along the lines of: "Can I call you back? I just got shot in the head."