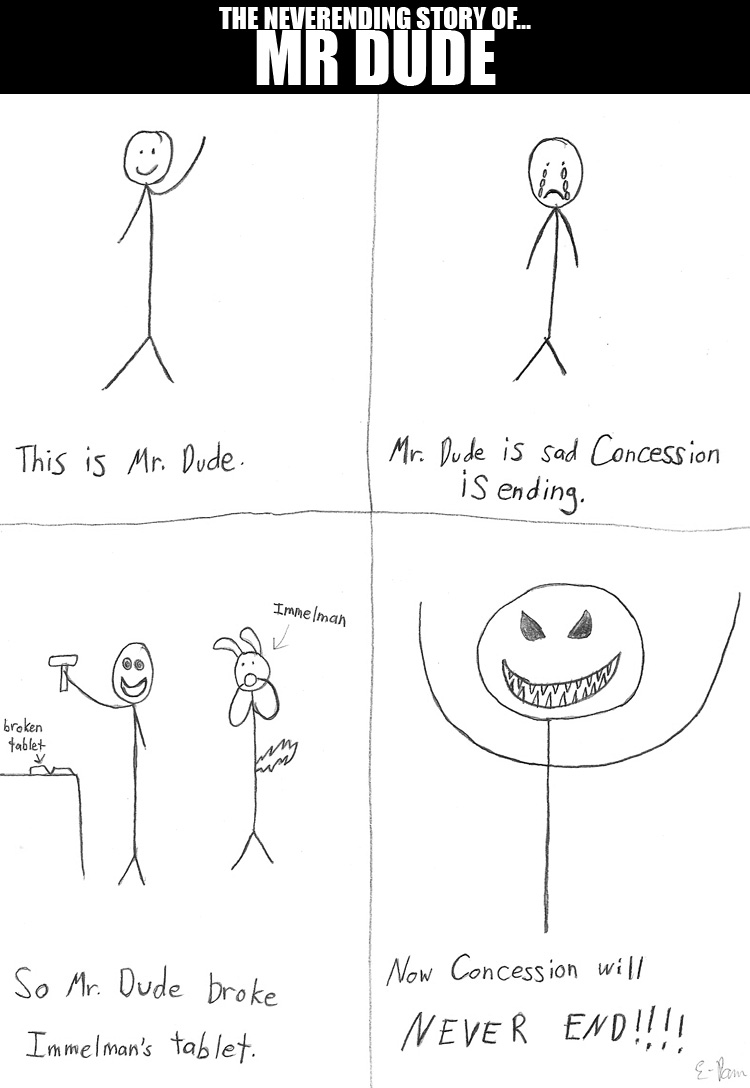 Concession is finally back! Just in time for there only to be three comics left. Didja miss me? I missed me.

Helen was born Harold. She is essentially finished with her transition from male to female - the operations are all over, hormone treatment has taken her body as far as it can, and legally she is known as a female. Only one obstacle remains: Coming out of the closet about it to her parents.

For the past seven years, she's kept it a secret from them via a series of hilarious sight-gags, misdirections, and long-running false stories. She even managed to pass off her dying her fur pink as a religious statement. Some good, quality, edgy sitcom material.

With popular animal media so focused on the spotted (or "laughing" hyena), it's easy to forget that other kinds exist, like the beautiful aardwolf. They don't scavenge or hunt like the other hyenas, and mostly eat termites. Alex's not big on termites - they're okay, but a little hard to make an interesting dish out of.