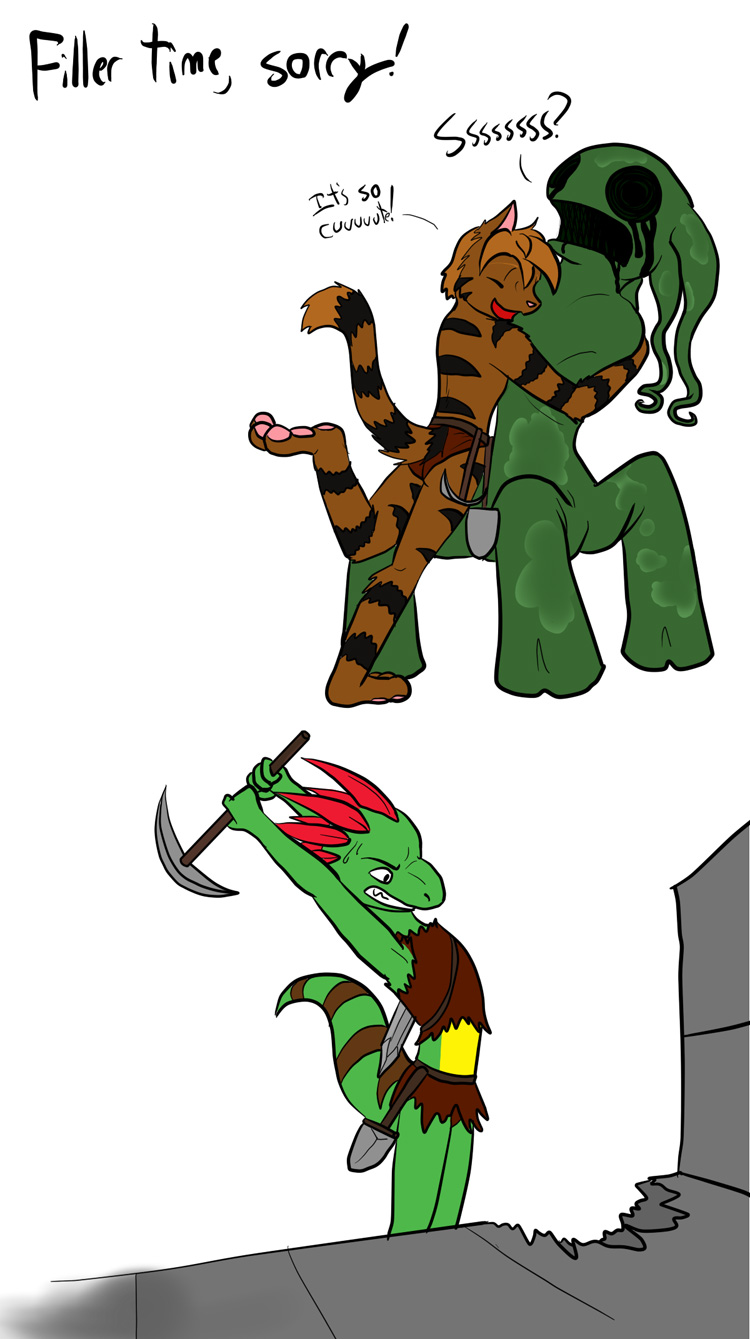 Sorry for the late comic. A combination of having a friend over (which messed up my sleep schedule and thus left me very tired yesterday) and a serious Minecraft addiction kept getting in the way.

There are only four comics left after this one. Are you scared?

Link to: Datarom Poster and Fletcher Apts Poster in the background. These are shout-outs to old comics around when Concession was starting.

Elen has grown a lot in four years. She got married, divorced, and married again. She had a child, who will one day grow up to be an astronaut. Elen has had a few rough patches in her life: For a while she thoguht she was a pedophile (but never did anything about it), a female-to-male transsexual and, breifly, a dragon in an otter's body.