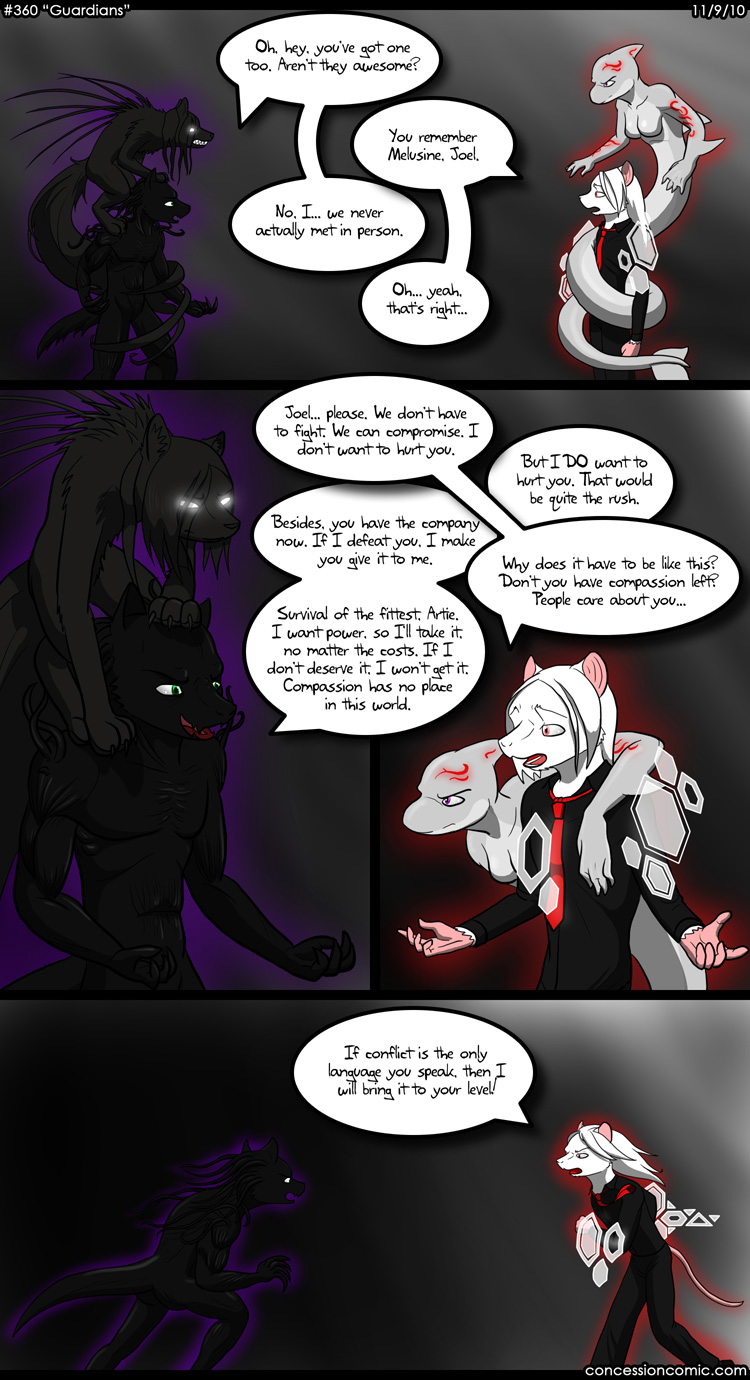 You're damn right he's going to fight wearing a tie.

The end is approaching and I can almost count the strips until the end. It's still a ways off, but it scares me, to be honest. I have carried this comic with me for four years now, it's part of my life and identity... But I must say I am exicted for the new comic. A lot about it is a risk - but at the same time, a lot about it will be played quite conservatively - but I am convinced most of you will enjoy it.

I don't think I'll be starting it right away after Concession's end, though. I need some time to live without having a comic to draw 3 days a week. I'll still be doing art on FurAffinity and Ballerina Mafia will certainly not stop, though. I'm here for you, guys, as long as I can be.