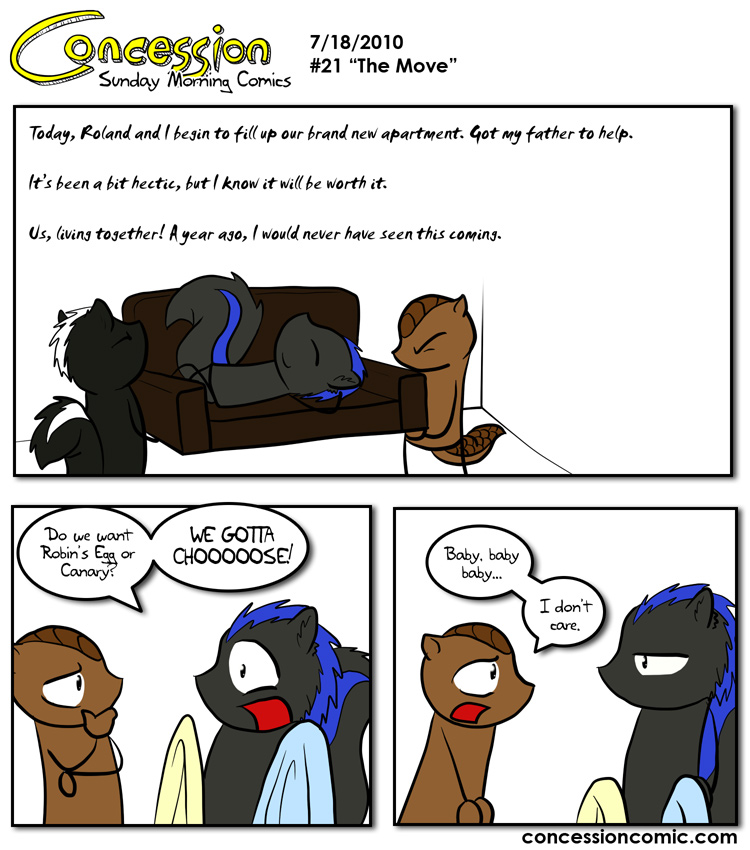 Matt was intended to have a new hair style by now, but I guess I haven't decided on one yet. I'll figure it out.

Another strip drawn on LiveStream. I'll be posting another "speed draw" video some time soon. Not going to make a weekly habit of that, but I just want a better one up.

Present here are two of Rick's friends from college, back when he still went to college. They're both straight, so don't get any ideas. Unless that gives you MORE ideas, then please, by all means...

Brian, the platypus fellow, was in Rick's math class. The two started fighting about Slayer. Long story short, they were both high by the end of the day. Brian, like most Platypuses around the world, is planned for an arranged marriage in about a year. He doesn't quite get along with the girl with which he is matched, but my god, he will copulate with that woman for the good of the cause.

Andrew, the rough collie, was an engineering student before he flunked out. For the best, anyways, as he now works quite happily in a tattoo and peircing parlor with a fox named Carrie.