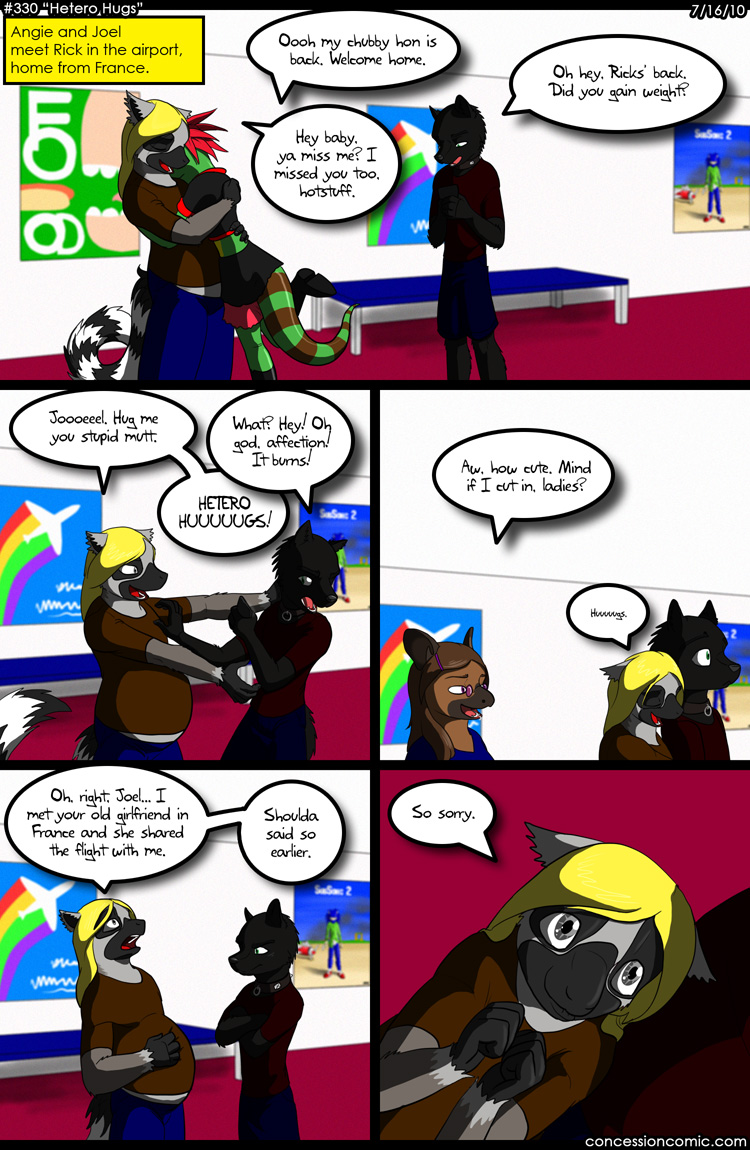 Half this comic was drawn on LiveStream for all to see. Don't miss your chance next Sunday to watch!

Although he does his best to appear gay to better relate to his fashion-aware audience, Franz is in fact a rather inflexible heterosexual guy who just happens to like it up the ass.

Anette's actually a bit of a brat. Sure, she's super nice and well-behaved when the grown-ups are around, but get her alone with the younger kids and she's The Mighty Tyrant Anette.