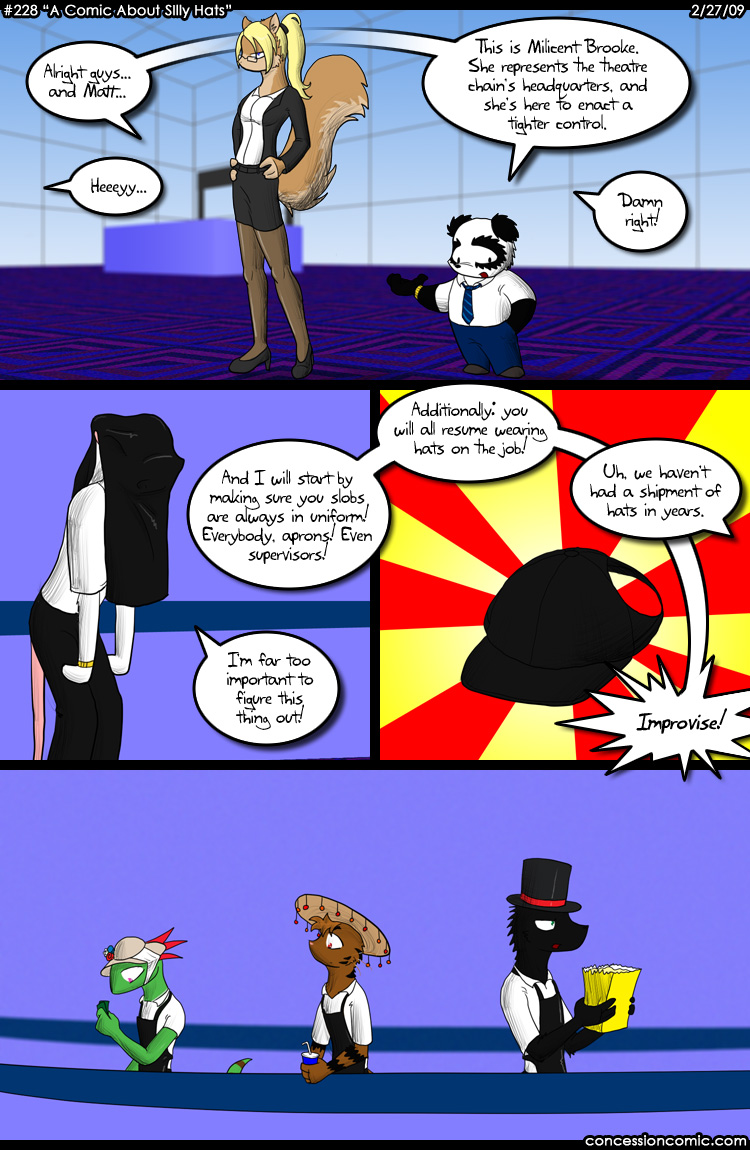 Remember when I said that the new fan art page woudl be ready in time for this update? Yeah, I lied. Art History test tommorrow (today) that I have to worry about instead. The new Fan Art section is up!

I did manage to catch Coraline in theatres this weekend, though. By now, if you have not seen it, then you've lost your chance to see it in 3D, which is quite a shame, because it was pretty damn cool. Not at all obnoxious or gimmiky, it was quite immersive. The pacing of the film was a bit off at times for reasons I cannot quantify, but it had some great, seriously-creepy moments in it that were quite a site to behold. If you're into the Tim Burton style of movies and get a chance to see this one, I'd recommend it.

If you're into action movies, I would also recommend catching Taken. No stupid twists or greater goods, it's just a great, straight-forward action movie of a guy killing dudes and saving his daughter. Now, by action movie, I don't mean some guns a-blazing idiotfest. But it did have some pretty tight actions scenes and fights in it. Additionally, the main character is played by Liam Neelson, who some of you will recognize as your father in Fallout 3. So, ya know, you can spend the whole movie pretending it's your father and he's out to resue you.