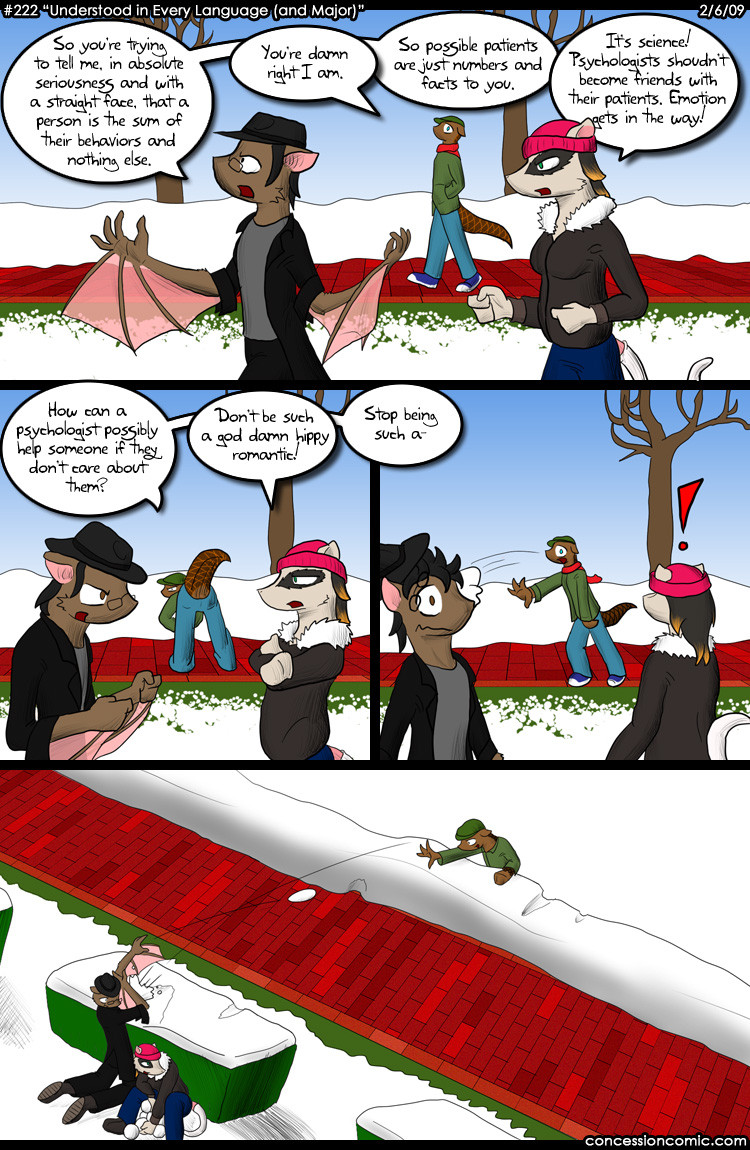 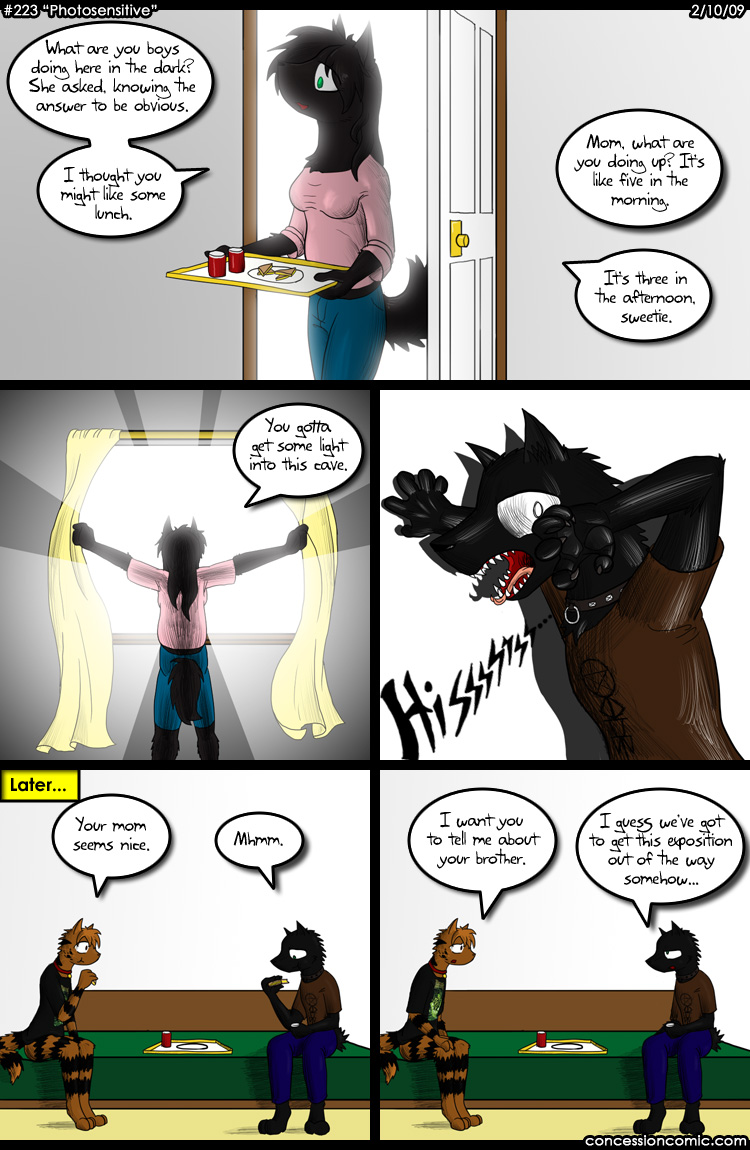 We return to the plot next week.

Welcome, one and all, to the new website! It's not completely totally all the way done yet, but I got tired of sitting on it. Revel in it's new look, it's polished navigation menu! And such.

Lots of new content to look at, in particular the newly filled cast page! Be sure to give it a peek.

Karen is the psychology major here. She actually went into psychology as a way to spite her father, who had high hopes of her filling in his shoes and going to Clown College.

Tobias has always had a deep interest in psychology, but in actuality he is a robotics major, and is currently heavily invested in a project to advance A.I. and cybernetics far enough so that he can have sex with a robot.

I mean, he already has sex with the robots he makes. I mean, better sex.

Okay the sex is pretty great as it is. Whatever.