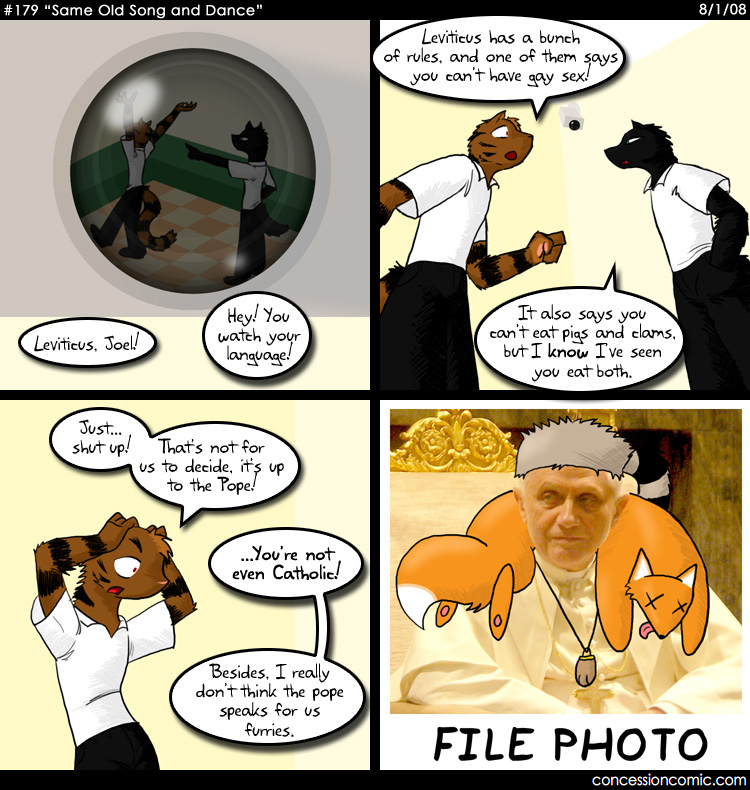 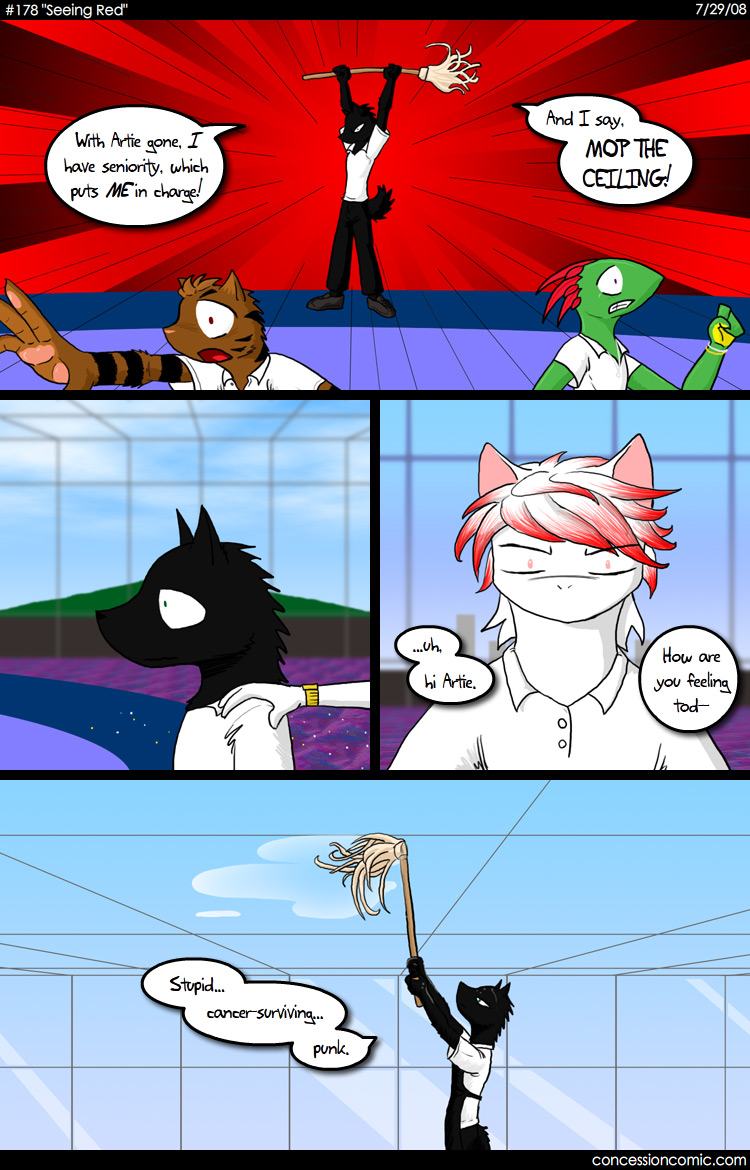 It's a silly joke of course, seeing as how The Pope is a noted cat lover.

I didn't bring this comic into Flash for the text like I normally do and instead did it all in Photoshop. Can you tell the difference? I'm not sure of the results, myself. It's good to remove that step, though.

Additionally, take a look at our top menu and you'll see a new option called Translations! I'm now announcing the launch of the Concession Global Domination Project, which will have Concession comics translated into different languages.
So far I have the beginnings of what will be entire archives in Hebrew and Spanish, and I've just signed a Dutch translator onto the job. If you'd like to help, I'd absolutely love to get more languages in (particularly French and German).