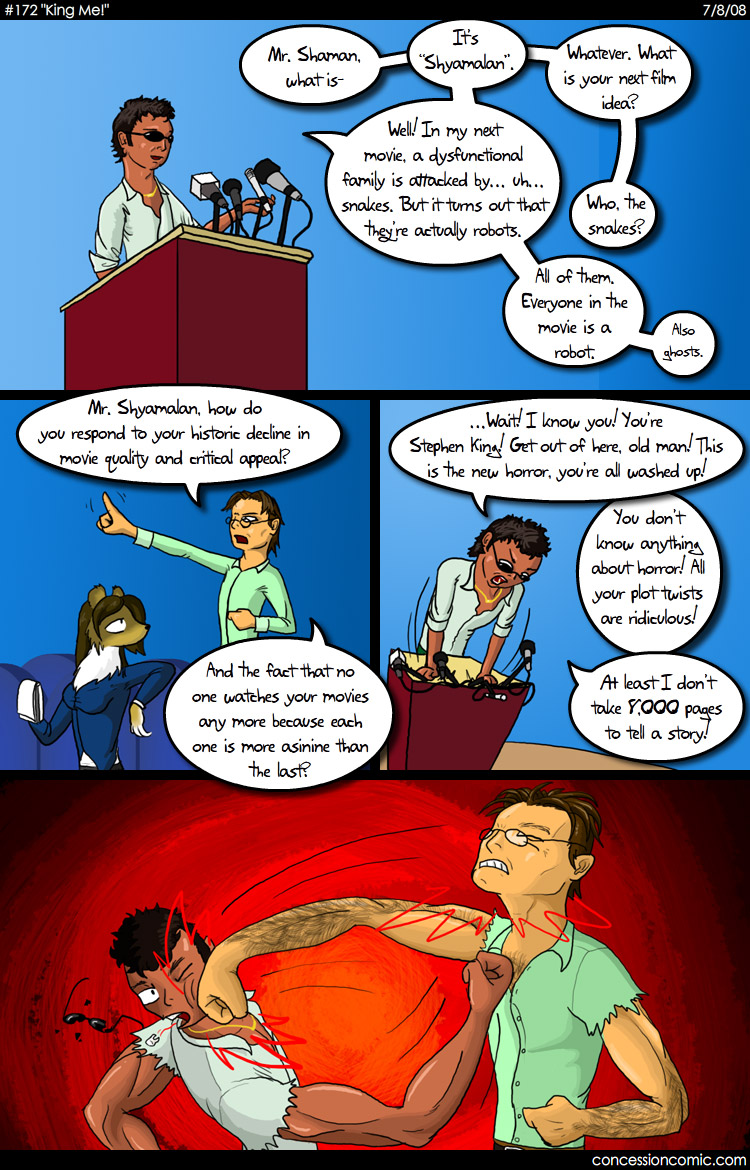 I'm back! Did you miss me? Shut up you whore, of course you did. Now go make me a sandwich.

So hey! A little over two years ago is when I started Concession. Yay for me! I'm aiming for five years, myself. After that... eh, we'll see.