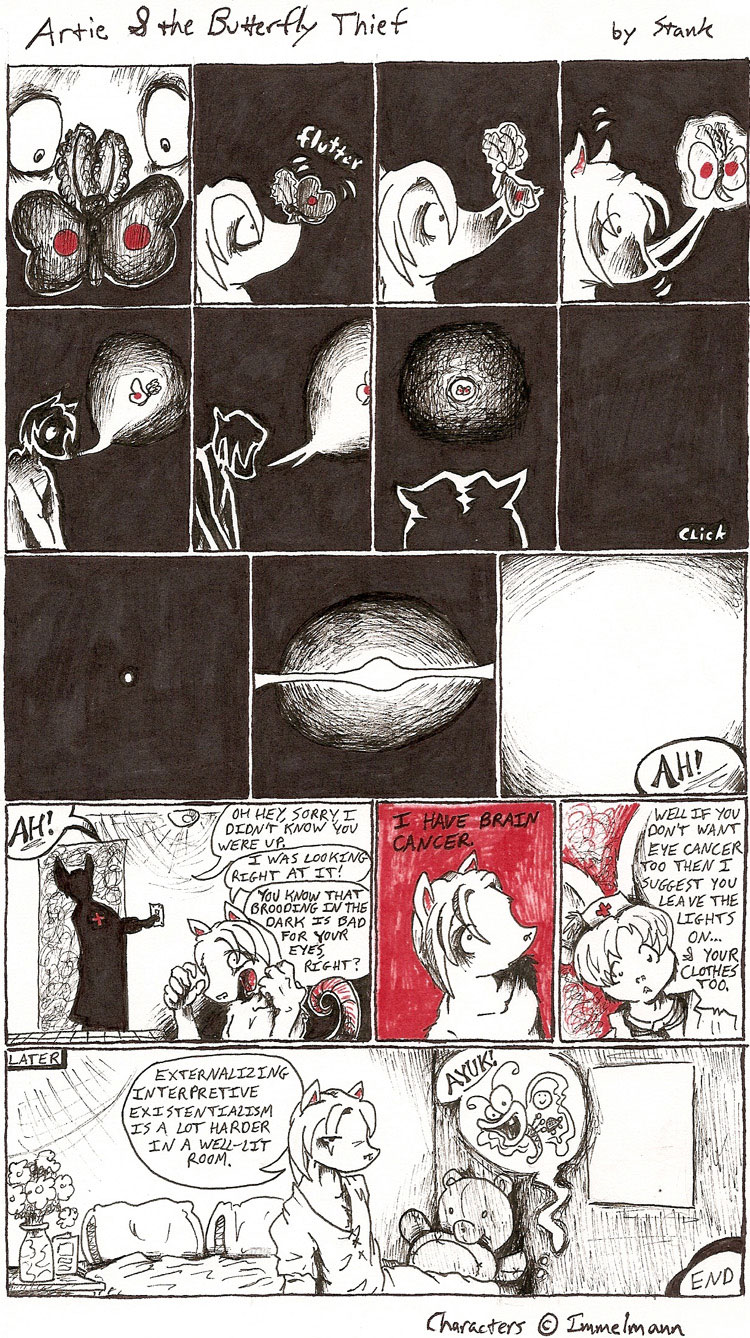 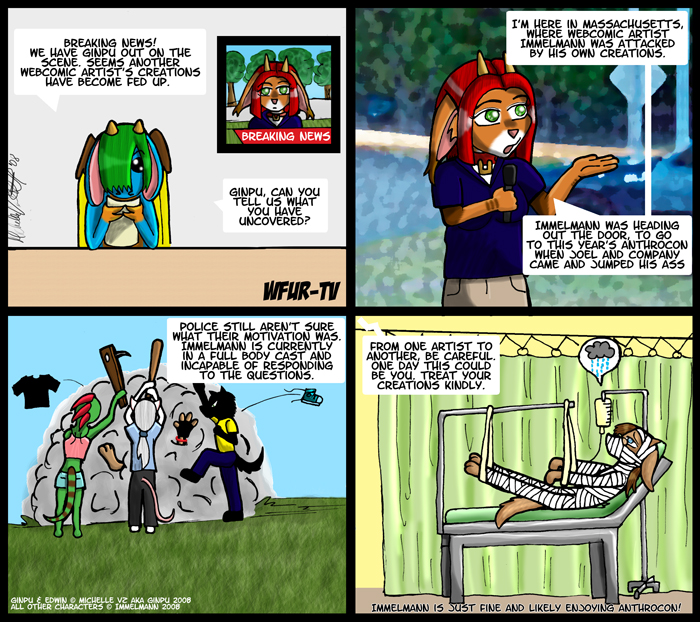 I got lots of great guest comics. I'm going to post them aaalll in the archives section... If I'm feeling especially lazy, I may just put another one up Friday. I dunno. We'll see.

An effeminate nurse intern used to constant mockery by his peers for his funny sounding, alliterate name. And his tendency to dress in feminine clothing. That has led to a rather reclusive lifestyle, but if anybody would dare to stop ridiculing him and get to know him they'd find a very kind, caring soul with sympathy enough for two. But he is not without his faults, or a dark past.

The truth is that very name has caused him to harbor a secret, internal hatred for his parents, more specifically his father. That anger has a tendency to surface in inopportune time now and again. Though if your father were an abusive stand-up comedian who walked out on your family when your were four, leaving scars both mental and physical, odds are you would hate him too. Fitzgerald was raised by his manipulative mother in poverty, where more often than not feminine persuasion put food on the table instead of good, honest work. Fitzgerald was intent to not fall into this lifestyle, however a childhood of being raised by a flirtatious floozy who used him as more of a bargaining chip than a son, along with unusually low testosterone levels, caused him to come out a bit more warped than he would have liked.

Although on the outside he appears to be as straight as a phone chord (remember those, kiddies?), he stands adamant in his heterosexuality and to this day has not been caught in the middle of any activities to inspire legitimate doubt, or perhaps he has simply not allowed himself to be so... Straight or gay (or bi {or impotent}), two things are for certain: He has outstanding student loans and dresses like a girl.