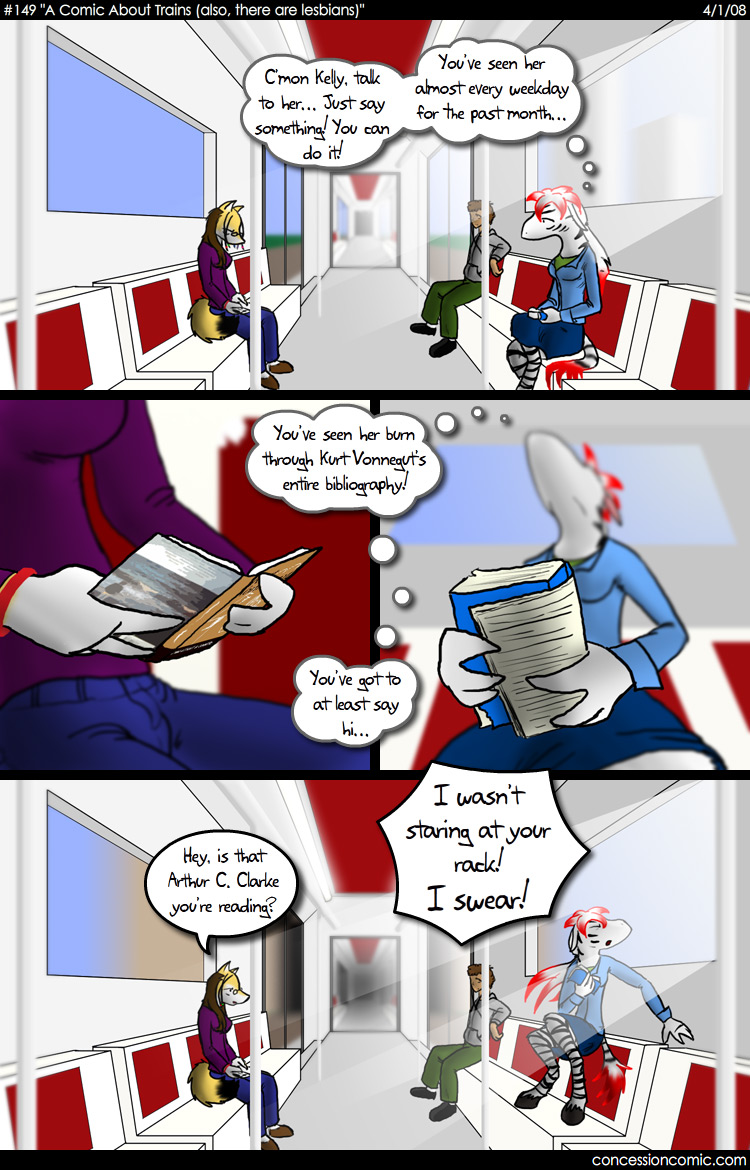 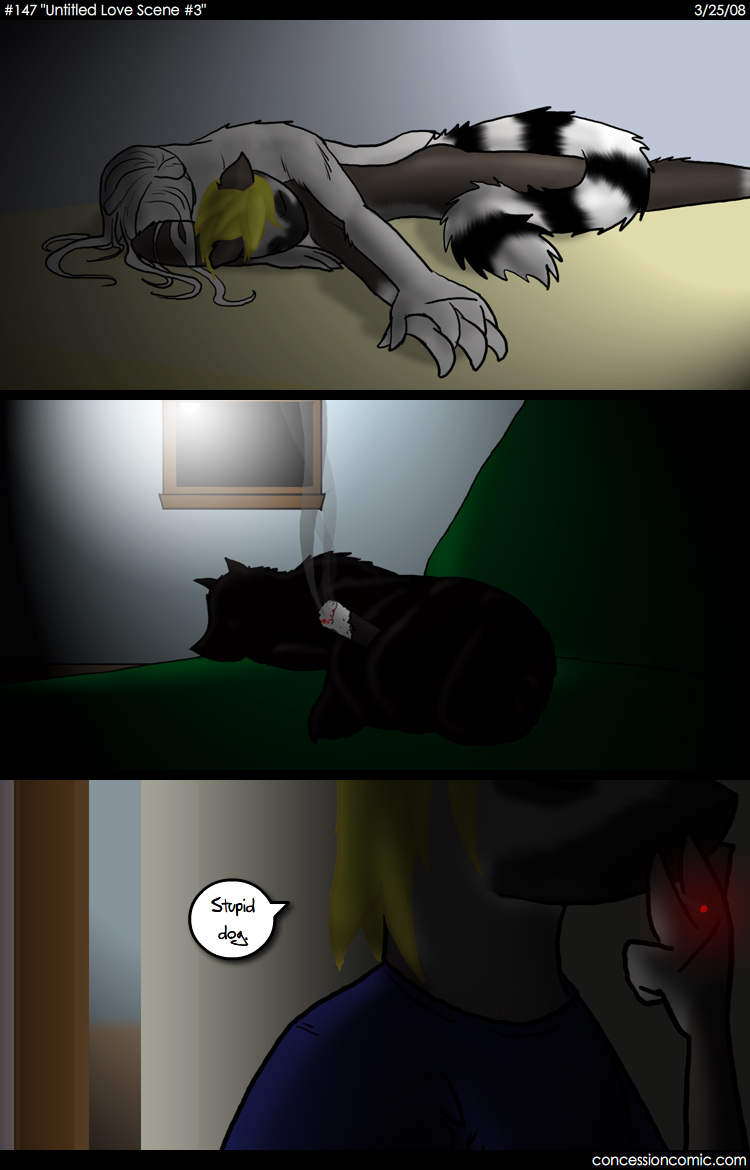 There's some new Fan Art! So go take a look, will you?

Five whole characters! From left to right:
Emily, a bisexual, female fox. She was an English major but gave up and switched to fashion design. She's almost never seen without a book.
Dan, a straight, male tapir. If you're wondering why he looks emo, well, concider the fact that he's a god damn tapir. I mean, look at that snout on that thing!
Odysseus, a straight, male lion. He's on his way to a business meeting, where he'll be fired from his job, which has been overrun by immigrant hyenas. Yes, that's a racist comment, what do I care?
Samantha, a straight, female turtle, and Leo, a straight, male dino. The two met in a super market, of all places... I think they were buying fruit at the time. Or maybe bread. Regardless, they made love in the dairy section twenty minutes later.