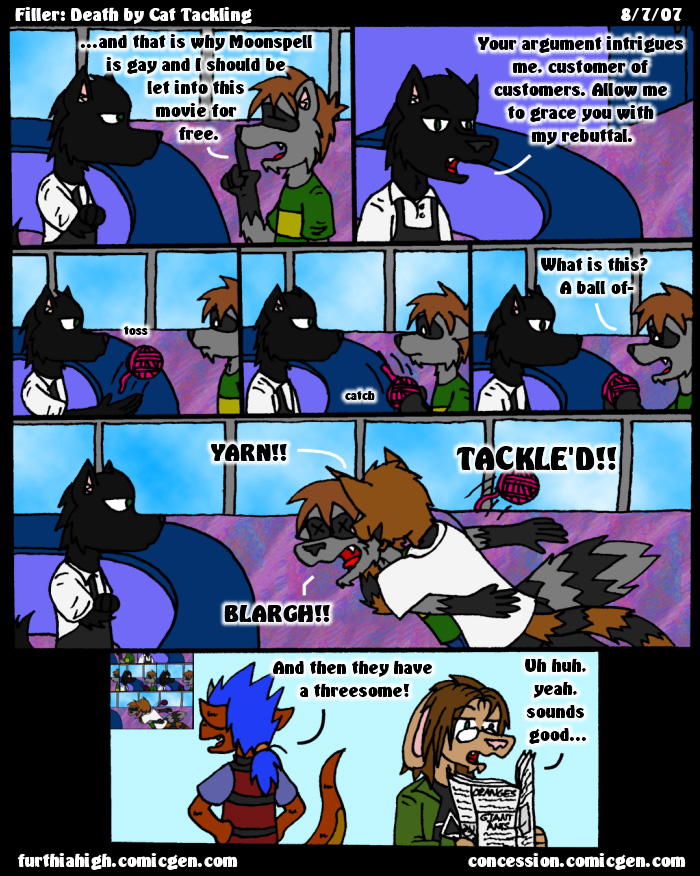 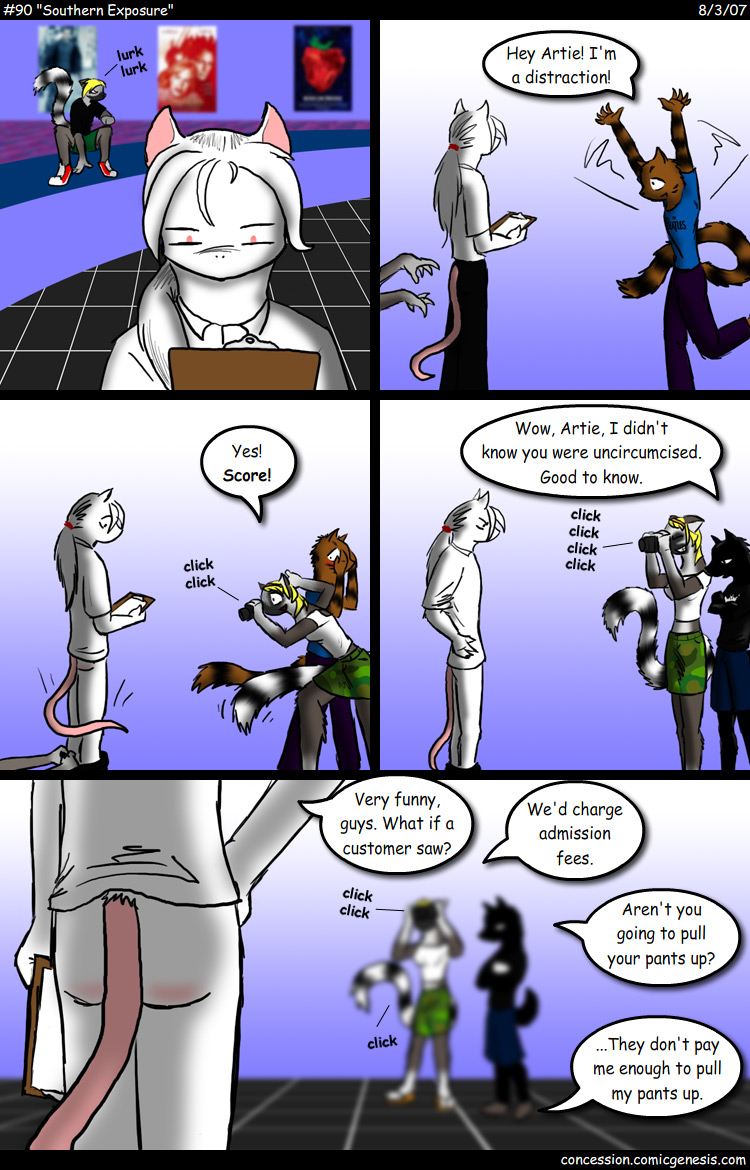 A guest comic by QuetzaDrake.

Religion: Church of the Anti-Christ

Colin is a struggling actor that has been getting a bad rap all his life. He was nearly expelled from his drama school for a typo (turns out it was a guy named Collin that was responsible for the cherry bomb in the dean's pants) and Broadway wouldn't let him on the street, let alone in one of their theaters. When Colin moved to the west coast in hopes of getting a movie career, studio after studio turned him down until he got a part as an extra in a very large crowd scene that was shown for 3 seconds in the worst-preforming film of the summer. After that, Colin suddenly got a very large ego and began touring the country, telling those below him of his time in the spotlight (and why he should get free stuff as a result).