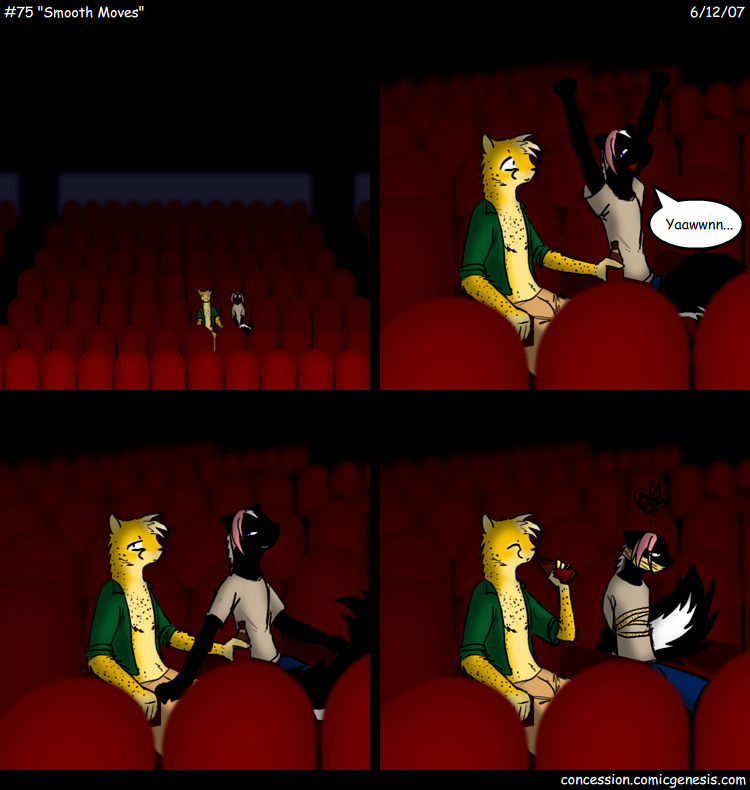 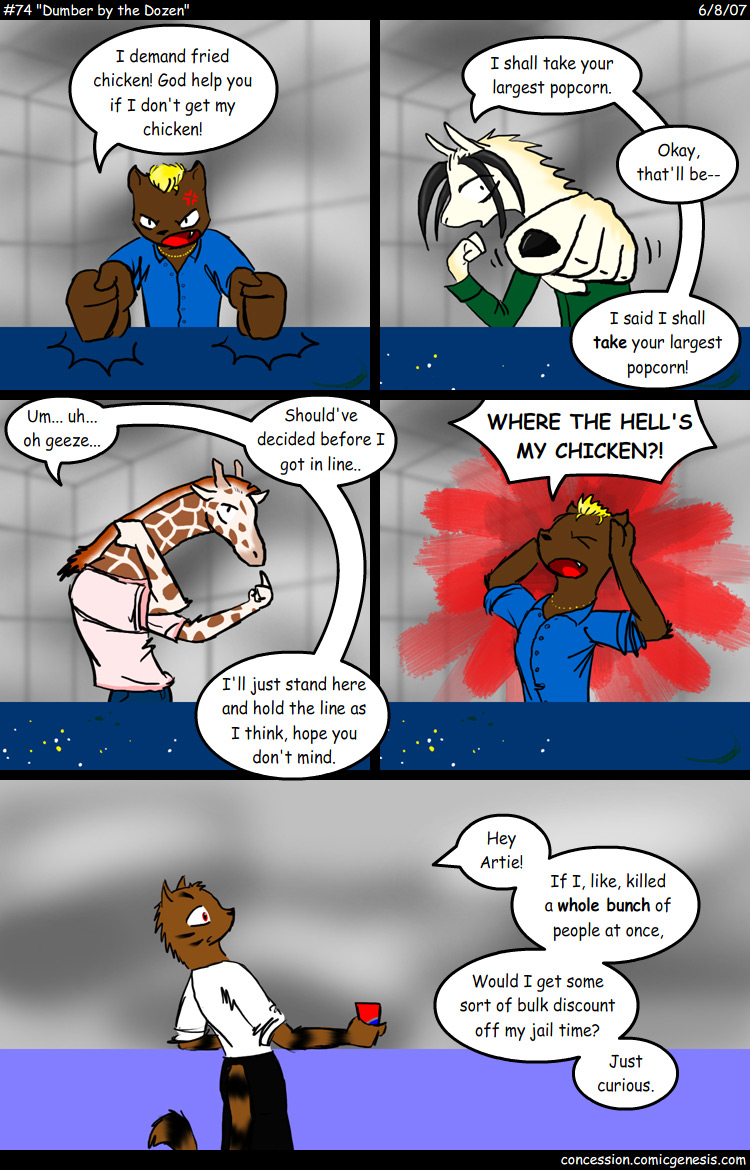 Wow, Comic Genesis sure has been pissing me off this past month. Blarg. Blarg I say! I need to get my own hosting, mmhmm that's what I gotta do.
And I shall do it... Eventually!

If you're a Marilyn Manson fan and haven’t bought/stolen his newest album, I'd suggest you give it a good preview before laying down any money for it.
It's nice, I guess, but one wonders the man is losing steam, as it's not exactly an adventurous album. The songwriting is good, and the songs are all really nice on their own, but half way through, one becomes thirsty for some variety. A lot of the songs are really similar, and Manson's vocal style stays exactly the same the whole time. It sounds as if he plugged his mic into an amp and sang the album all in one take. It would probably be fine without the distortion, but it hurts the ears after an hour (or however long it is).
The music is well made though. Tim Sköld, the guitarist, does some great work here - it's a Manson album with guitar solos! At least one, anyways, and it's awesome.

Manson seems to have totally forgotten his experimental days of his early career, and as a whole seems to have lost the energy that even Golden Age of Groteque was able to boast. I don't know about anyone else, but I need variety in my albums. I need something interesting. This album, all-in-all, is too steady.