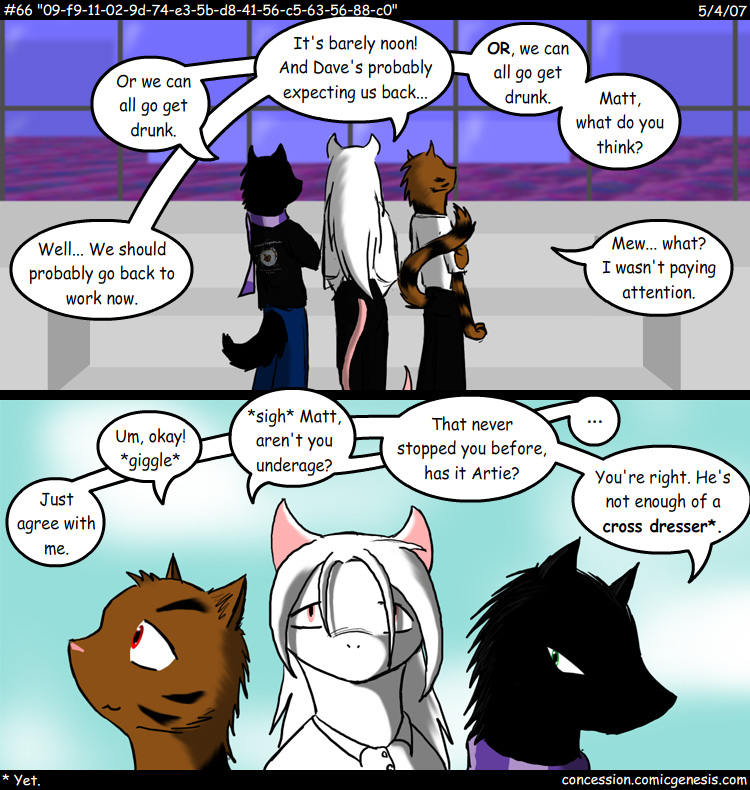 Triple fan art action! We've got two anonymous pieces (one of which featuring some tasty Cthulhu-on-Joel action), and another submission by The Black Knife. Yay fan arts!

If you're a Dimmu Borgir fan, I'd suggest you go ahead and acquire their new album, In Sorte Diaboli. It's a nice, solid metal album, and is especially pleasing after the sharp disappointment of Cradle of Filth's newest album. Dimmu breaks no new ground here, and it's certainly not the most unique of albums, but it's still quite enjoyable for those who like that sort of music.