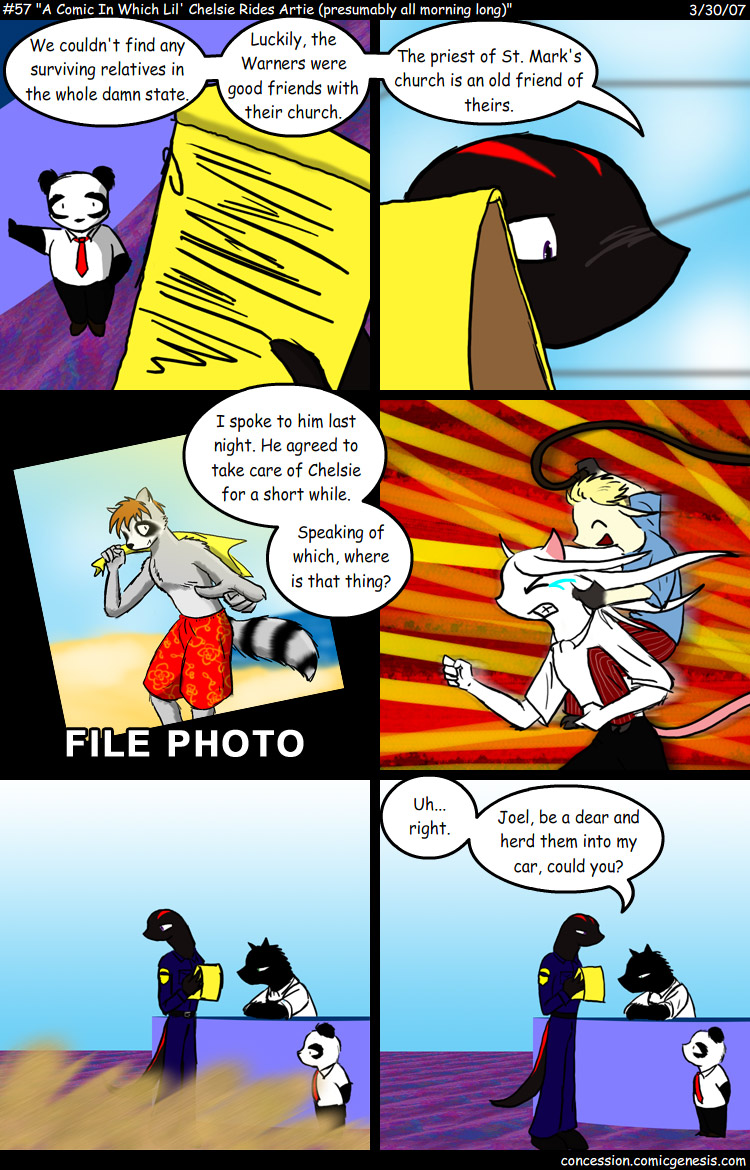 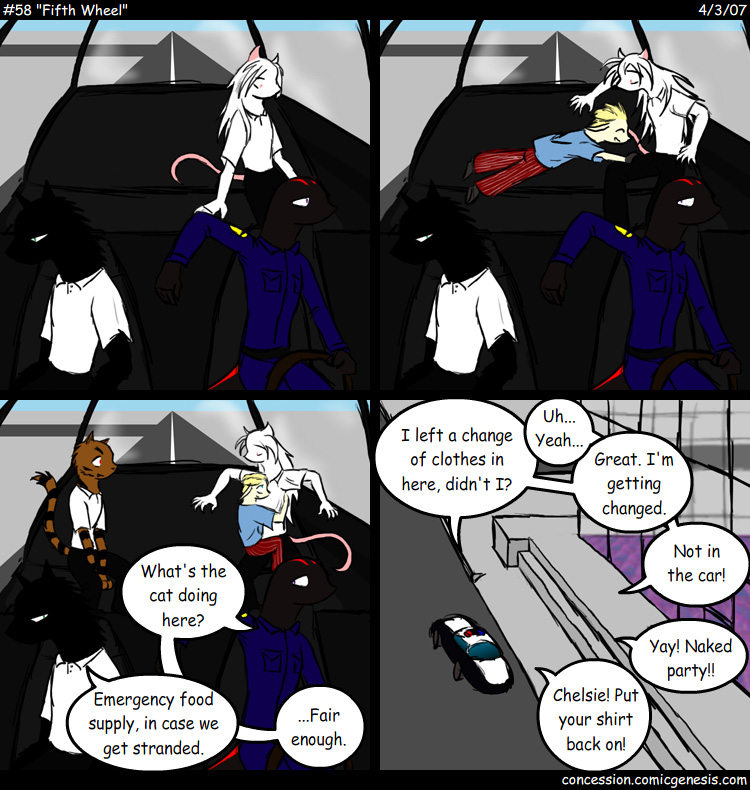 I sometimes wonder if God really wants me to do this comic. After all, I did have to finish it at the computer at work because, apart from running out of time, the internet at my dorm is (somewhat) broken, and I couldn't even guarantee that I could upload the damn thing in time.

I guess I should be thankful that I work in a place that not only gives me time to do this, but has an internet-capabale computer with Photoshop on it. But I like to be negative. Gives me something to write about.

Have you guys heard about that man-sheep? (I hope that url works...) The 15% human, 85% sheep abomination? We're only a few steps away from creating furries, and just a few more steps away from being overthrown by our genetically-superior creations.

There are some who say that Tim was born to be a priest - he has always been very kind, sympathetic, and eager to help his friends, while still being very forceful and powerful, able to excite an entire crowd.

The challenge of preaching The Church of the Shepherd is not an easy one to overcome. The religion uses the Christian bible (usually King James' version) and tries to apply it to modern furry life, as opposed to other religions which edit the text or have created entirely new bibles (like the Church of the Animal Christ, for which a new text was created, telling of Jesus being re-incarnated as a velociraptor).

Tim is sometimes praised for doing a rather good job at not only interpreting the old Christian text into ways relevant for furries, but by also keeping children interested in God (a mighty challenge on its own). To do this, he uses a blended approach of story telling and modern music, incorporation technology into his sermons like projection screens and enhancing the music with guitars, and such.

It's also important to point out that he's not a pedophile.