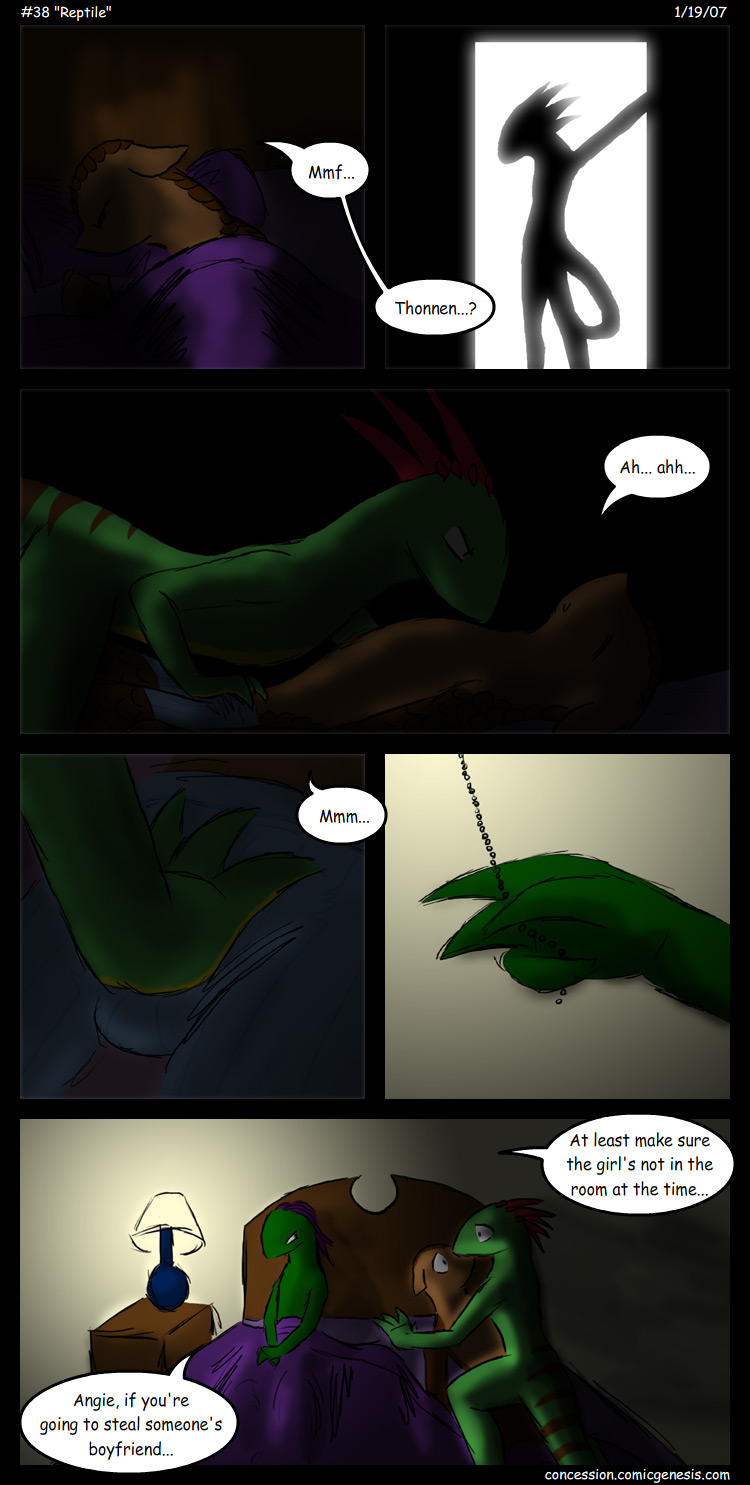 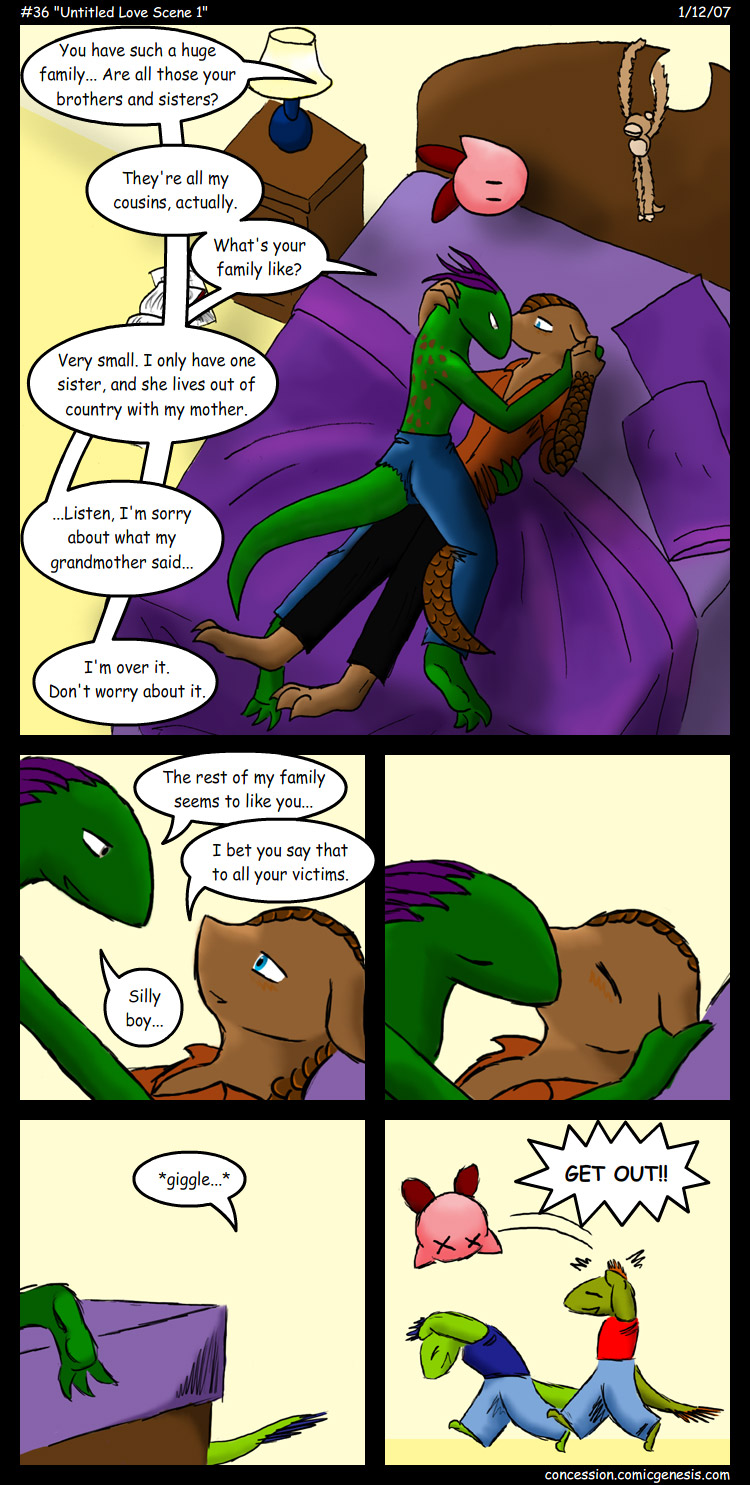 The computer officially died. Yays. Not sure when I'll have it fixed... I'm willing to bet that I won't have a comic for this tuesday. What's the problem, you ask? It seems the hard drive broke somehow. Now for that which was typed before the damn thing broke:

I had a lot of fun with today's comic. I love thematic lighting and rarely get to use it.
I'm really loving this tablet of mine, and I hope you guys are enjoying the (hopefully) improved look. It really does let me do the comics faster, or at least easier.