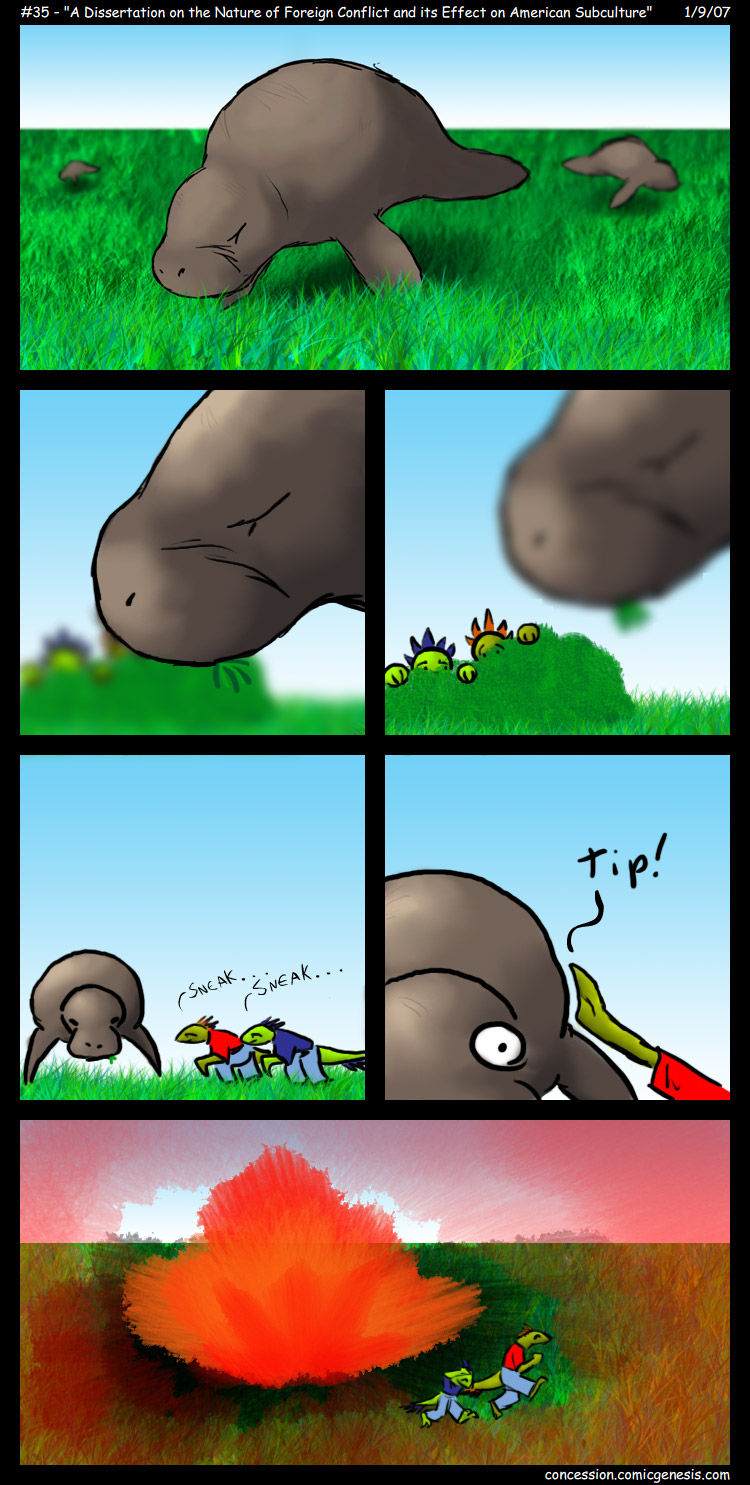 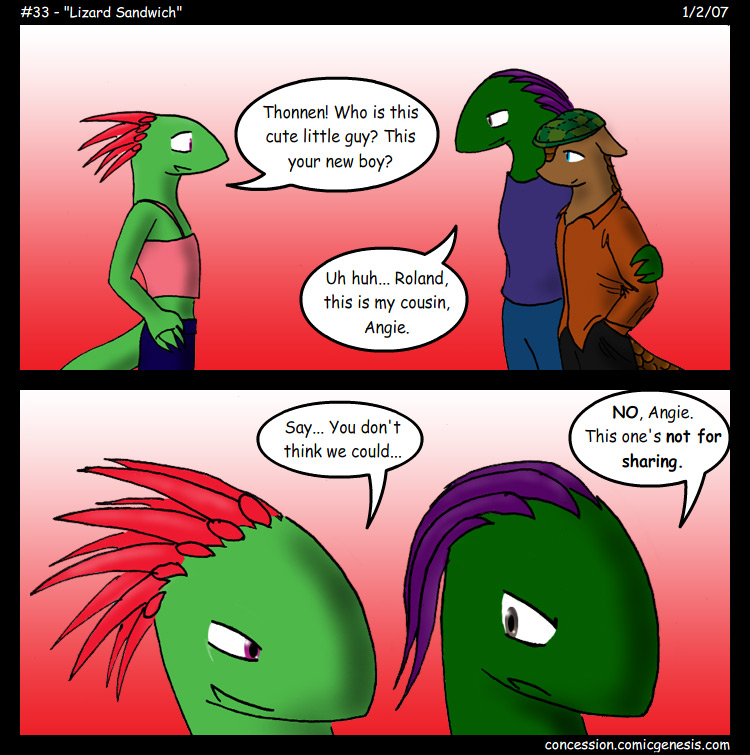 You have now borne witness to line work via the tablet. Hmph. Not bad I guess.

Please allow me a moment to talk about lizard/dinosaur anatomy as present here at Concession.
All lizards are born with feathers, but males lose them at puberty. Thus is the biggest visual difference, as there is generally no gender difference in regards to color or build (males tend to be more muscular, but that is regarded as more of a sociological effect as opposed to anything anatomical). The color of a lizard can range between green, yellow, and brown (albinism exists, and certain African tribes have, rarely, yielded blue children) with most lizards browning as they age. Various skin patterns exist, usually in the form of stripes or spots. Their feathers have more color range and have been known to be nearly any hue, though red and purple are the most common.

Lizard families tend to be very dependent on a hierarchal system, often placing the eldest members in charge of the entire family. Thonnen's grandmother, seen here, is actually the second-oldest living member in the family, and though she often exercises a lot of control, the real power lies to her mother, a lizard who is nearing her 102nd birthday.