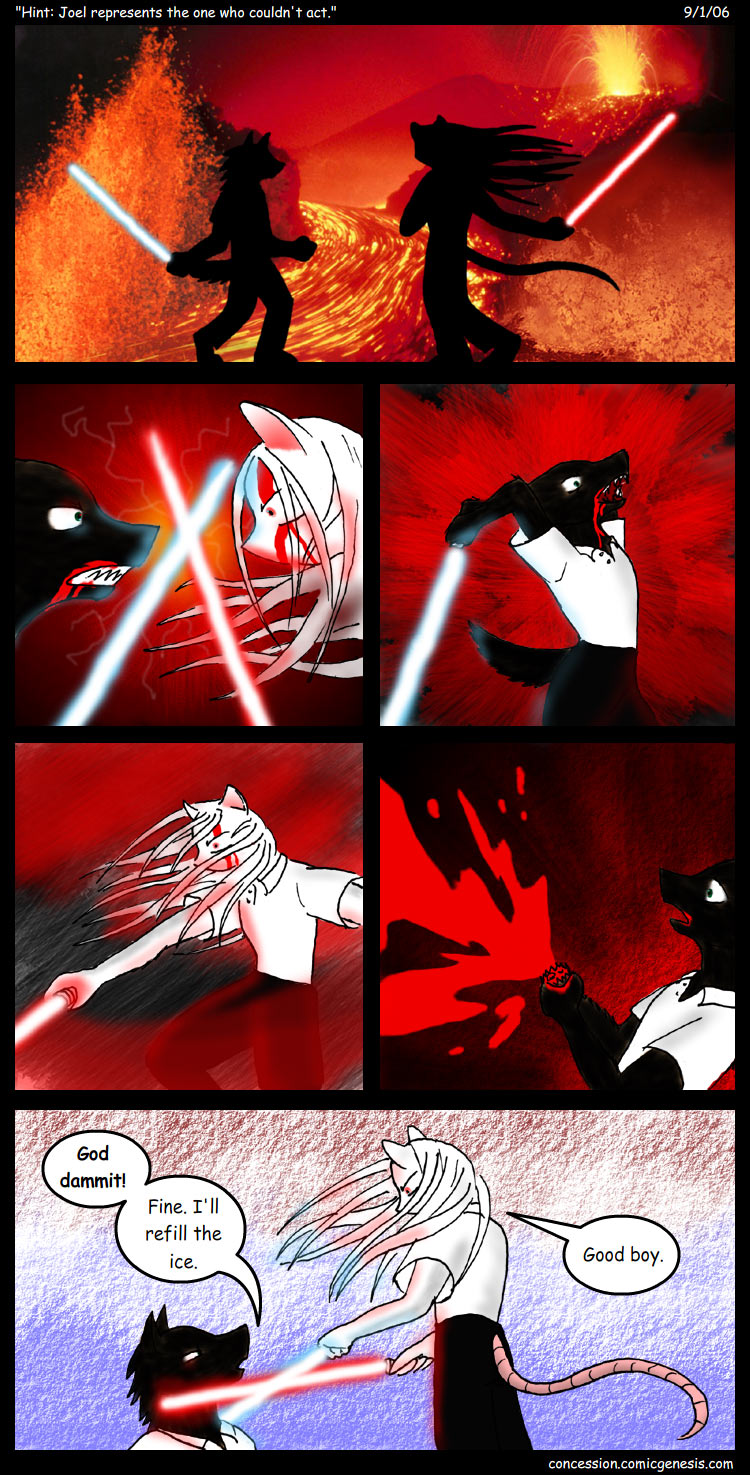 Today's comic is either really insulting... or really, really stupid. Sometimes, it's hard to tell.

So in other, less offensive news, it's official. I've received my first piece of fan-mail - from a fellow comic-genesis artist. It really, really made my day.

...But I won't be satisfied until I have hate mail. And I have a deep suspicion that I won't have to wait too long.

And oh, by the way! It's a new main character! I'll have her in the cast section... I dunno, eventually.

Natalie can be described very simply: she's the type of person who would use the word "brethren". She's a very faithful Christian, loyal to the point of pig(bull?)-headed stubbornness when it comes to defending her ideals. She has yet to keep a man for more than a month, because none of them have been worthy of "god's grace", whatever that means.

Recently, she has been under a lot of stress, as her sister Tami came out as not only a lesbian, but as a... pagan. Or, in Nat's mind, a heathen. It's a feud that won't soon be quelled.