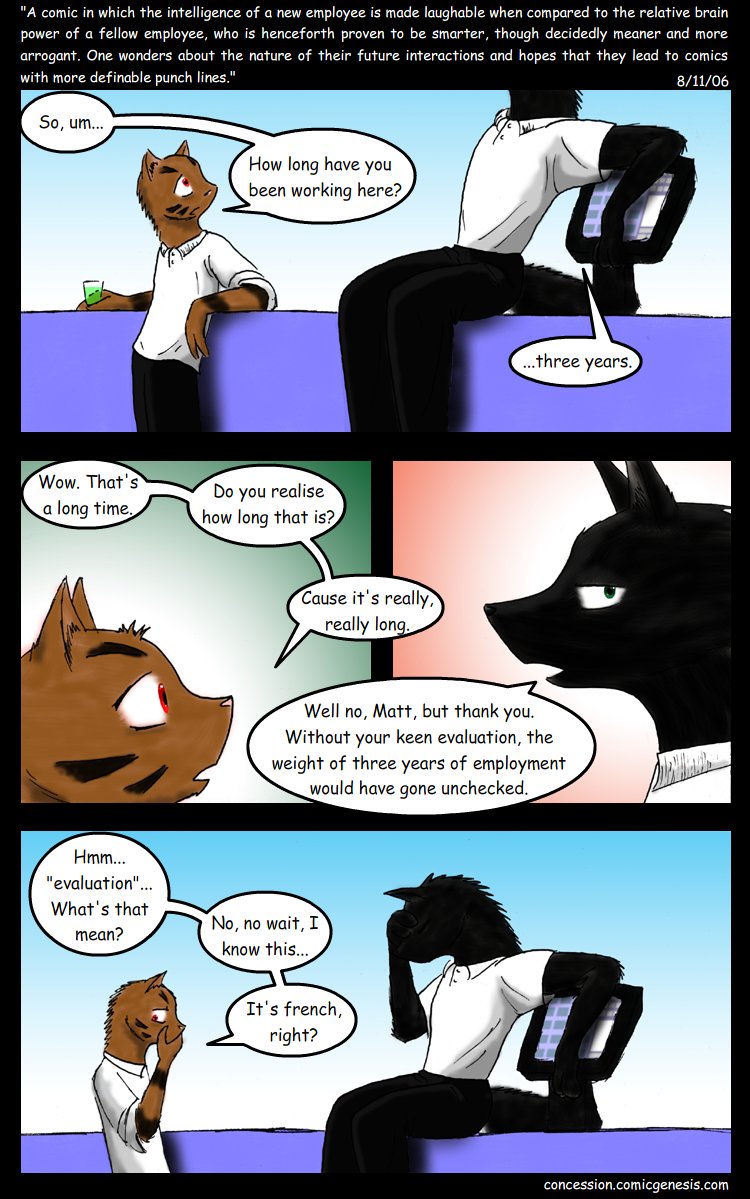 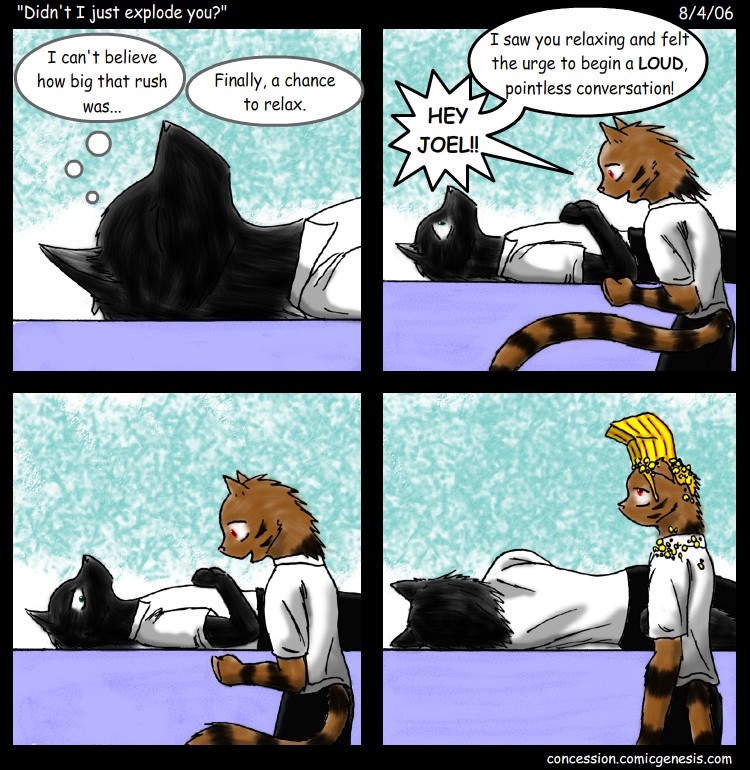 And of course, the deeper joke behind this is that "evaluate" actually is French in origin.

I would like to talk to you about the Play Station 3.

Those are the results of a poll from gamefaqs.com. As you can probably tell, this implies that nearly 50,000 people just don't want a ps3.
One wonders where Sony went wrong. Was it when they lost exclusive rights to GTA? Was it when the announced the six hundred dollar price tag? Was it after people grew tired of Final Fantasy?

Whatever it was... good riddens. I hope they crash and burn. If Square-Enix was smart, they'd jump ship and go to the other guys. Dosn't matter where. Xbox is ok in my book. And they're more than welcome on the Revolution.